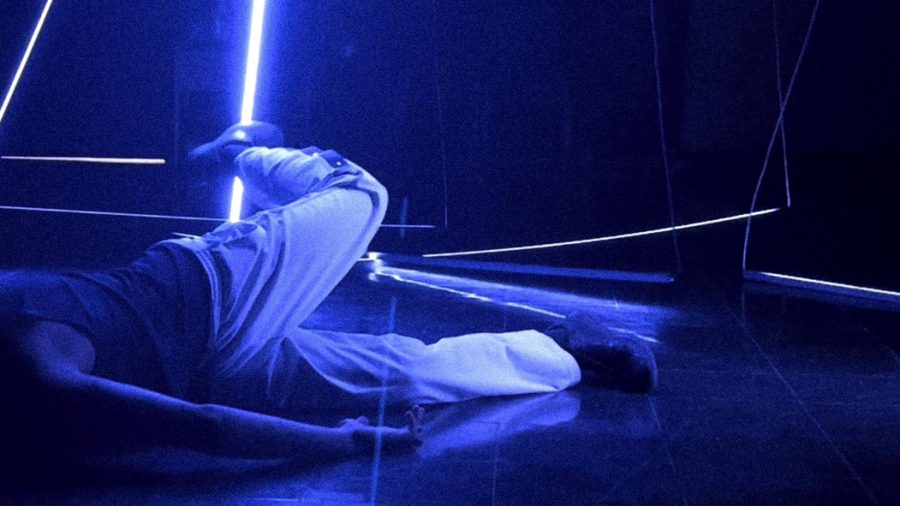 Discussion with the artists after each performance

Ten hanging rods of light rise and then drop against the ground at different angles, creating a mutable architecture. Within this scenographic device, three artists perform a series of solos exploring the spaces formed by this ever-changing scenery. Software controls the movement of the light, which reveals swift and fleeting performances. From vivid brightness to deep dark, the contrasting light fragments the performers’ bodies and beckons the audience into perceptual shifts. 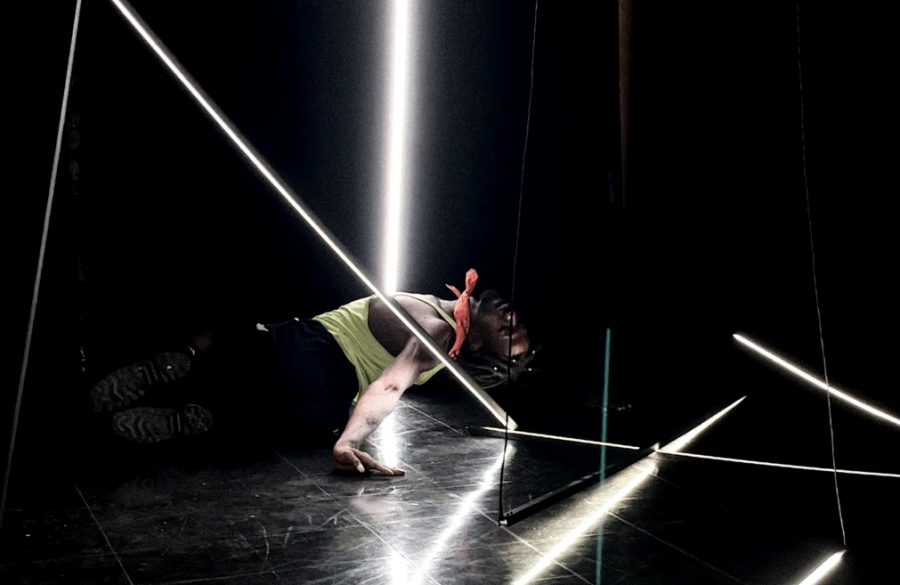 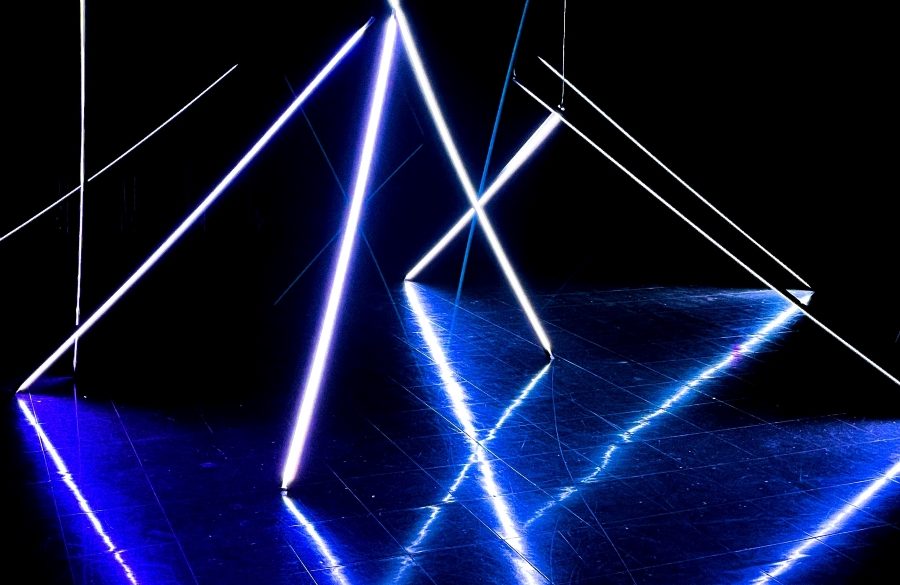 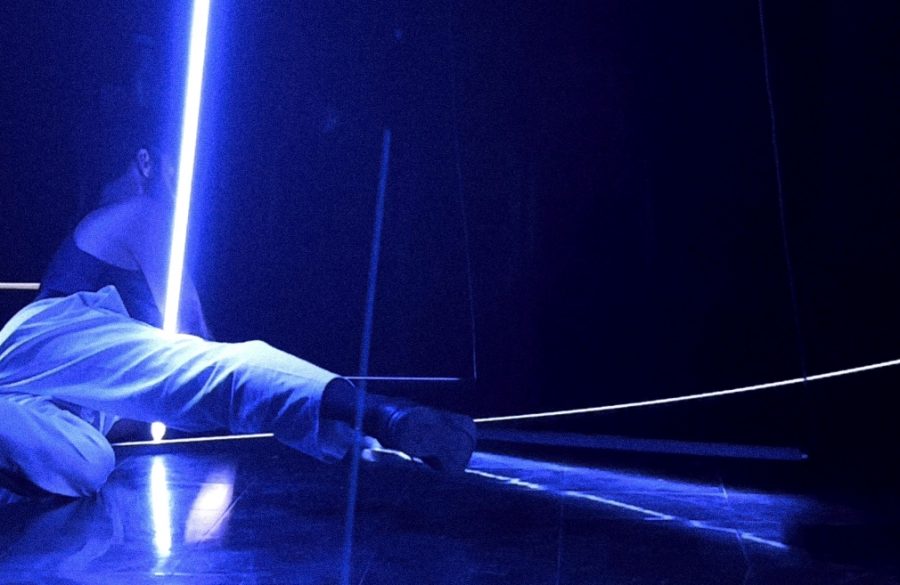 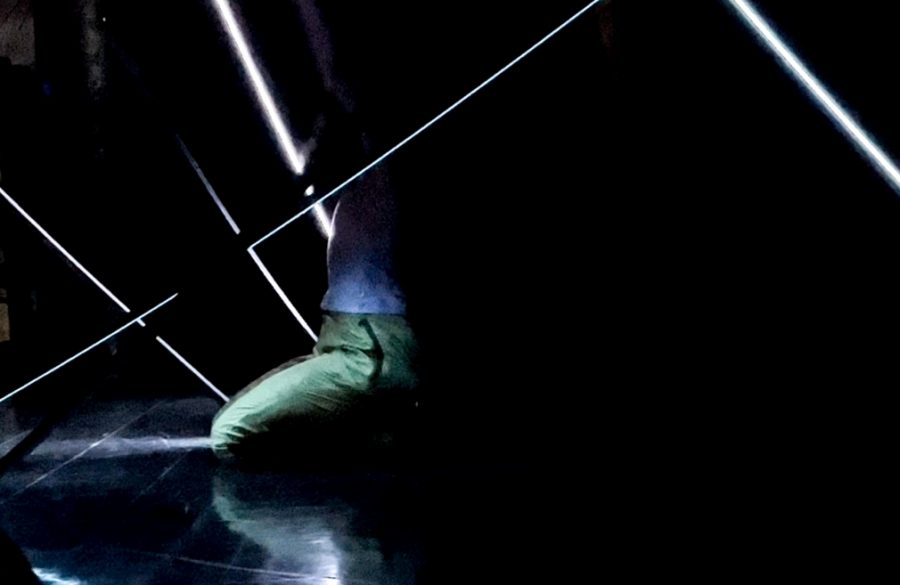 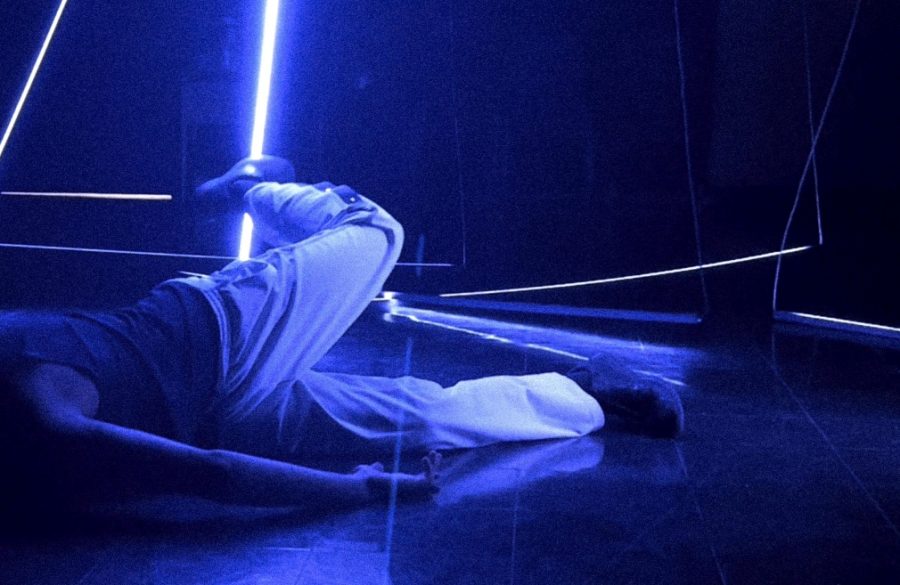 Charlie Prince is a performer and dancemaker. Born and raised in the mountains of Lebanon (1991), he is now based between Europe and Beirut. As an artist, Charlie Prince is interested in the place of the body within post-colonial imaginaries as a means to subvert and resist imperial legacies. He works with form as conceiving origin in imagined space towards the abyss of an imagined future, and seeks to subvert cultural nostalgias in order to instill a progressive force towards being a subject rather than an object of history. As a performer, Charlie Prince has worked among others with Ballet BC (CA), Compagnie Alias (CH), Par B.L.eux (CA), Benoit Lachambre (CA), Montréal Danse (CA), La Biennale di Venezia (dir. Marie Chouinard), and has been collaborating with Omar Rajeh – Maqamat in Beirut as a performer and maker since 2015.

Mathieu Arsenault is an electronic musician and singer from Montréal. He started as a member of experimental rock trio Technical Kidman, with whom he released two albums. Most recently, he debuted his new solo project SEULEMENT as part of OK LÀ’s 2018 line up. He also regularly works with multidisciplinary group projets hybris for whom he acted as musician and composer on youngnesse, their latest show presented at La Chapelle Scènes Contemporaines in 2018, and for thegiftsofthegifted, presented at DHC/ART as part of Montréal’s Nuit Blanche 2018. Additionally, he worked on the music and sound design of & from Montreal collective For Fauve and of the performative installation Dans l’idée de ne plus être ici by Hugo Dalphond, both presented at Tangente in 2018. Aside from working on his own music, he is currently working on a new creation with Hugo Dalphond and is a member of the new band Météo Ciel Bleu.

Originally from Bogota, Colombia, Andrea Peña is a multidisciplinary artist whose creative practice transverses the fields of art installation, choreography, and design. Her works are focused on the creation of critical, alternative, performative and spatial universes that question the individual within society. She is the artistic director of Andrea Peña & Artists, founded in 2014, a company recognized with numerous awards and commissions, for their conceptual, visceral and highly rigorous creations, recently including the 2018 Banff Arts Center’s Clifford E. Lee Canadian Choreography Award and the 2018 Hong Kong International Choreography Award for best choreography. 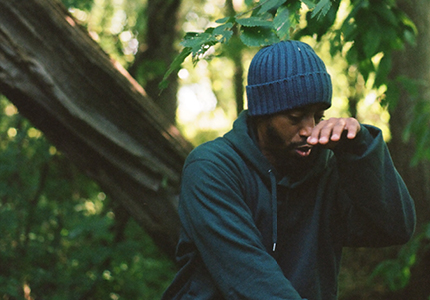 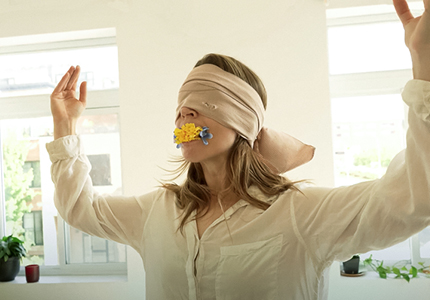