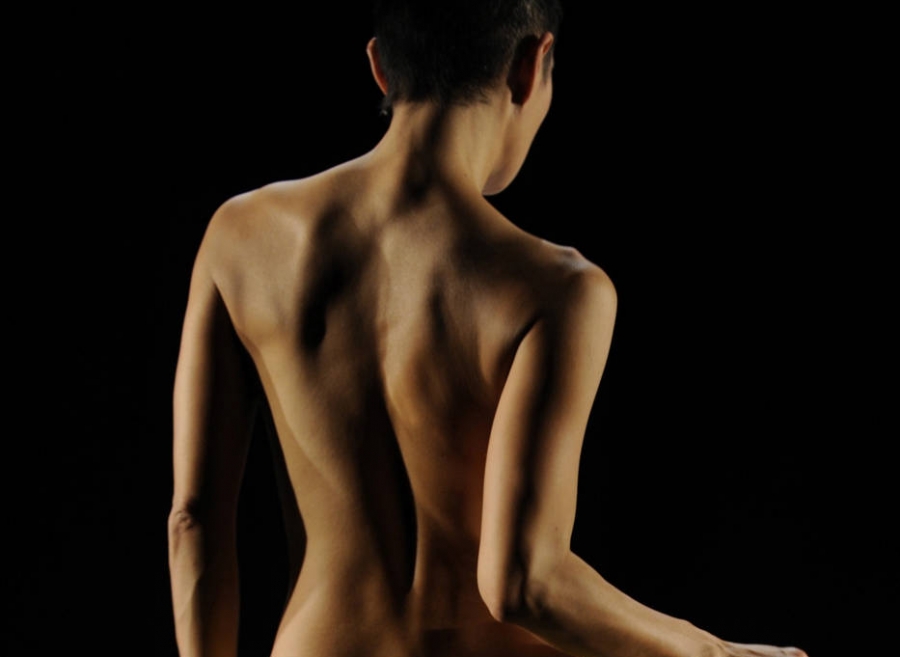 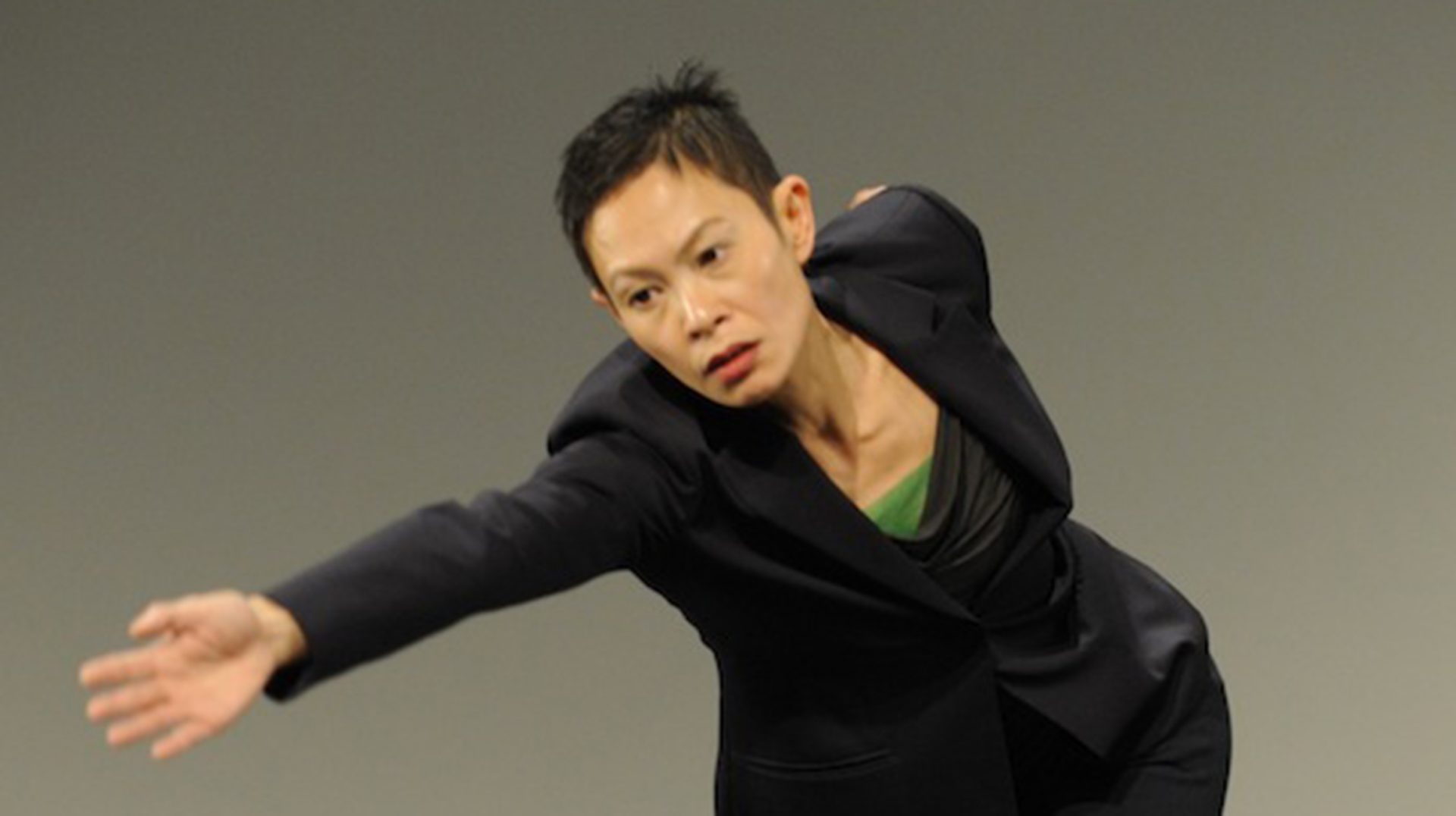 The neck to fall

The neck to fall is a collision of non-sequiturs, a synthesis of unexpected images and events. Written on the body of one dancer, it is a fiction that reveals vulnerability by sifting through layers of persona, each danced with distinct kinetic motifs: levity, gravity, implosion and grace. In collaboration with composers Dylan Van Der Schyff, Peggy Lee and Lighting Designer James Proudfoot, the neck to fall is an ode to somatic pioneer, Amelia Itcush: “allow the head and neck to fall gently towards the chest, release the arms, round the back, pause for 5 seconds, allow yourself to breathe, allow yourself to breathe.” 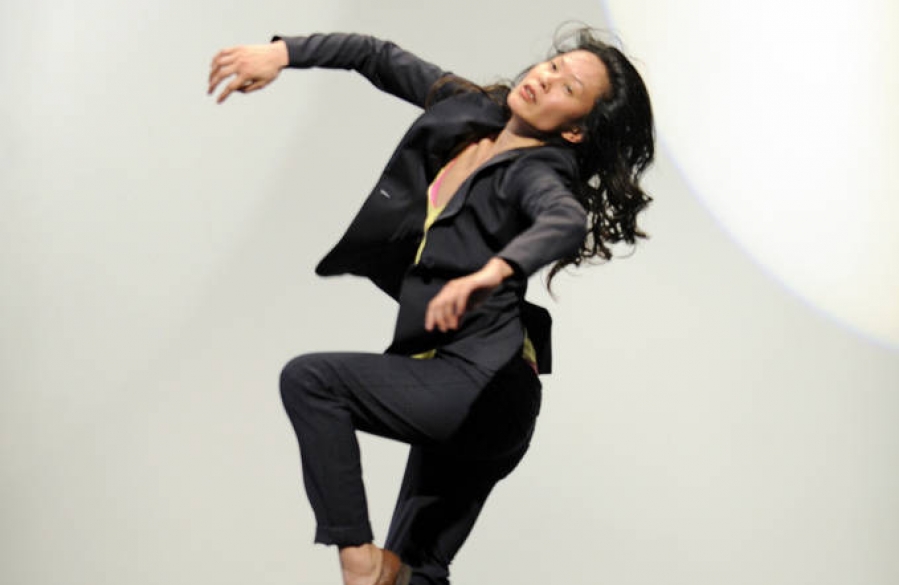 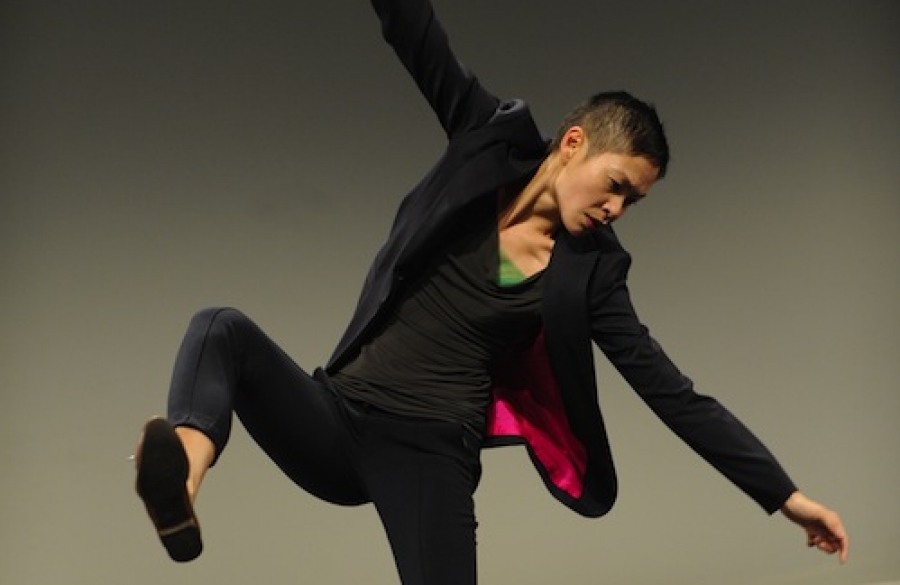 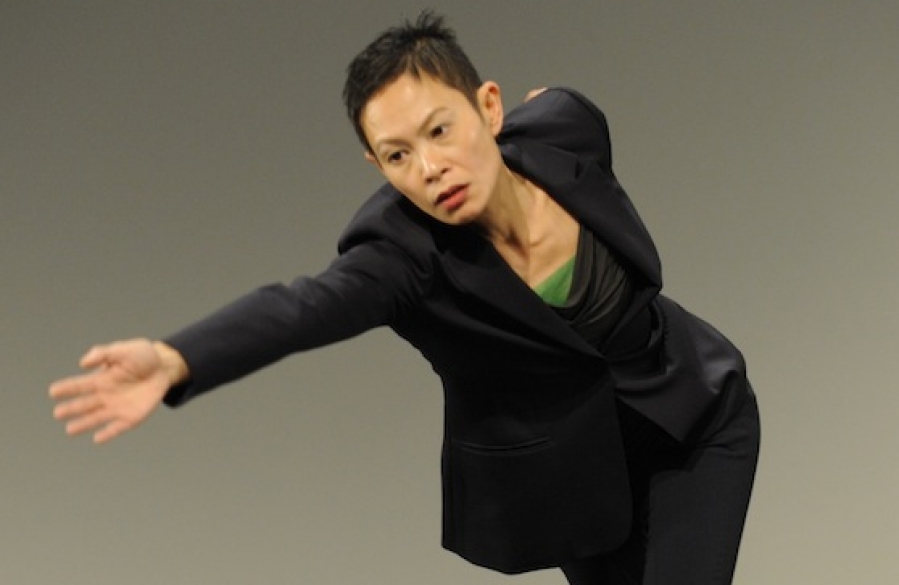 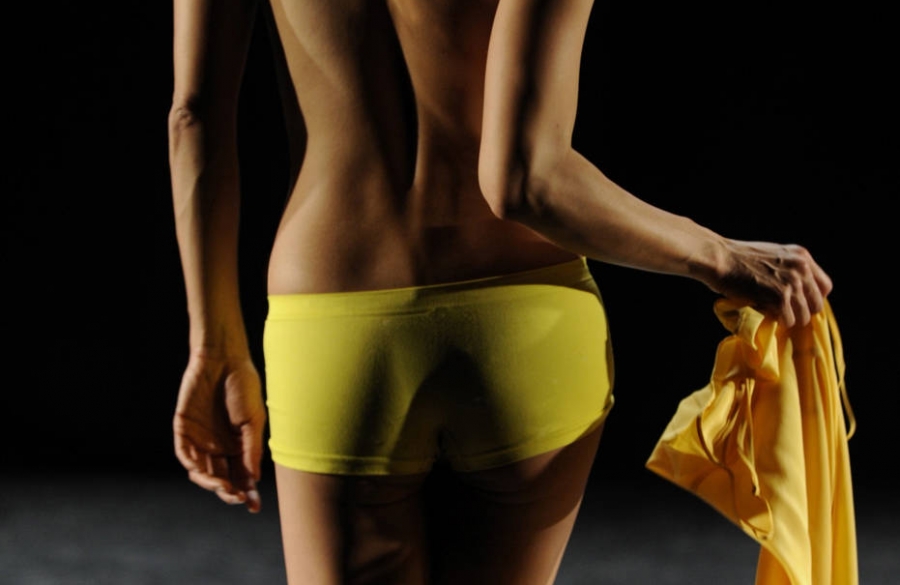 After working as an interprete for 25 years, Ziyian was moved to experiment with choreography. The resulting work was the neck to fall. She was inspired by the integration of Amelia Itcush’s somatic work, the way the somatic principles affected the release of her joints and how this liberated a plethora of images in her physical imagination. What began as an exercise in movement exploration became the translation of images into a collage of pre-conscious events.

Ziyian Kwan
Ziyian Kwan lives Vancouver where she has worked as dance artist since 1987. As an interprète she has performed close to 100 original creations by an eclectic range of Canadian artists on international stages. In January 2012, Ziyian formed dumb instrument Dance, a collage of activities that comprises her creative life. dumb instrument is a turn of phrase, the ineffable musings of the body at play in the imagination. « I am my heart’s dumb instrument. » – Denton Welch

James Proudfoot
Originally from Edinburgh, Scotland, James Proudfoot has been living in Vancouver since 1993. For twelve years he was the resident Technical Director at the Firehall Arts Centre. He is a much sought-after designer and has created lighting for many dance and theatre companies including; Lola Dance, Co. Erasga, battery opera, Kinesis Dance, Holy Body Tattoo, Anatomica, Les Productions Figlio, The Plastic Orchid Factory, Trial & Eros, Ballet BC as well as The Firehall Theatre Company. Recent designs include 7th Sense for Wen Wei Dance, City of Crows for EDAM, Retrospective for Joe Ink, Vessel for Out Innerspace Dance and Highgate for Tara Cheyenne Performance.

Based on principles of oriental philosophy, the piece is divided into five tableaux and elements: wood, fire, earth, metal and water, along with their symbolic associations and through the five senses. For each element, a gesture, a costume, a palette of colours, lighting, poetry, sound track and… a dish! 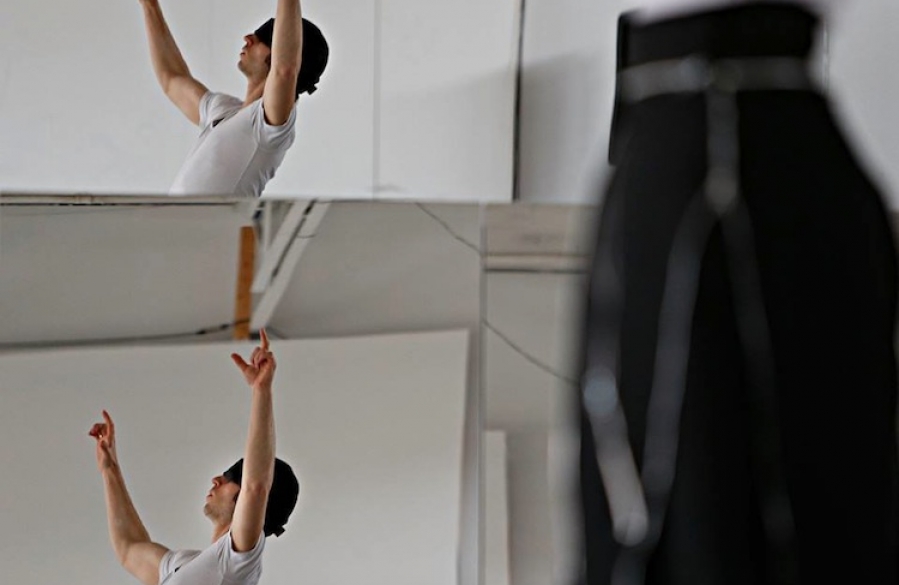 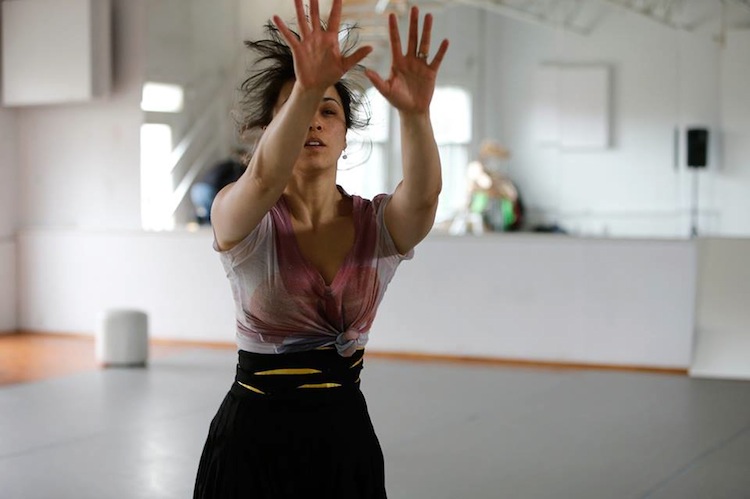 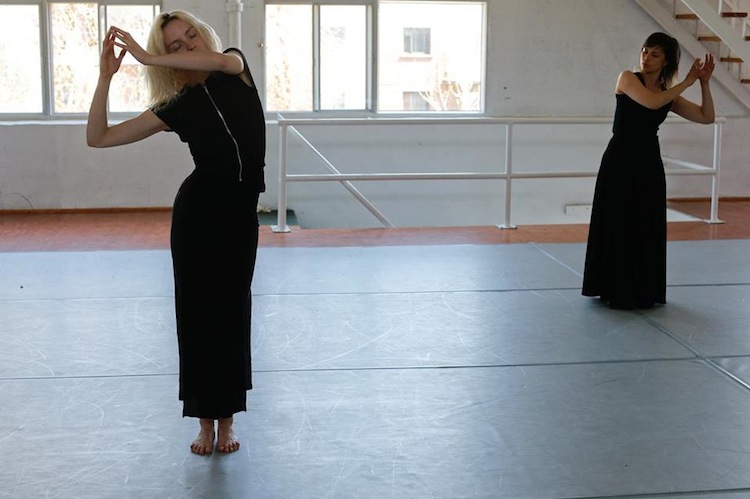 Captivated by what is at stake between tradition and innovation, Geneviève La returns to dance with an enhanced interest in improvisation and choreographic structures the privilege authentic movement.

She also seeks to explore the influence of traditional Chinese and Vietnamese medicine, as well as osteopathy, on her upcoming creative work.

For this project, she wishes to work in synergy with her collaborators: rehearsals complemented by acupuncture sessions as prerequisites to research in different gestural veins, work with the constraints/possibilities of proposed costumes, the exquisite corpses between the author’s spontaneous words and improvised gestures, collective tastings to arrive at consensus, etc.

Geneviève La
Born to a Quebecois mother and a Vietnamese father, Geneviève La completed studies in visual arts and contemporary dance (L’École de danse contemporaine de Montréal, 2000) and began her career as a choreographer and dancer, while simultaneously studying kinesiology and osteopathy at McGill. As a choreographer and dancer, her works Petites Prières, Des racines et des ailes, and L’heure bleu were warmly received by critics and audiences alike. As a performer, she has danced for many choreographers, including Iréni Stamou, Roger Sinha, Mélanie Demers, Sarah Bild, Jean-François Déziel, Brigitte Haentjens and Louise Bédard. She also participated in the re-mount of Évènements de la Pleine Lune with Dans-Cité, as well as the Grande Bibliothèque’s Cabaret Littéraire at Nuit blanche du Festival Montréal en lumières in the company of Marc Béland. In 2009, Dans-Cité, in collaboration with the Festival International de Littérature and À la2 Danse etc., presented Musica nocturna-La nuit sera longue. Along with comedian Jean-Francois Casabonne, La delivered an intimate duo, balanced between play and movement, with a text and set design by Catherine Lalonde (Émile-Nelligan prize, 2008).