Modify the material. Sunday at Disney. Over-the-top parfait licked ice ball coulis Kool-Aid lacto-lime. Fun in the afternoon. Desire desiring to play a dose of oneself. Banana bonus licked one after another.

Then, time for schizes. Heads bumping. Split brain. Out of stock. Possession is delayed. Ouija is mashed up, Houdini tied up. We move forward, with helmets.

They agree to say it. Only words are solid. But, maybe…

P.S. : it might in fact be a dance performance. 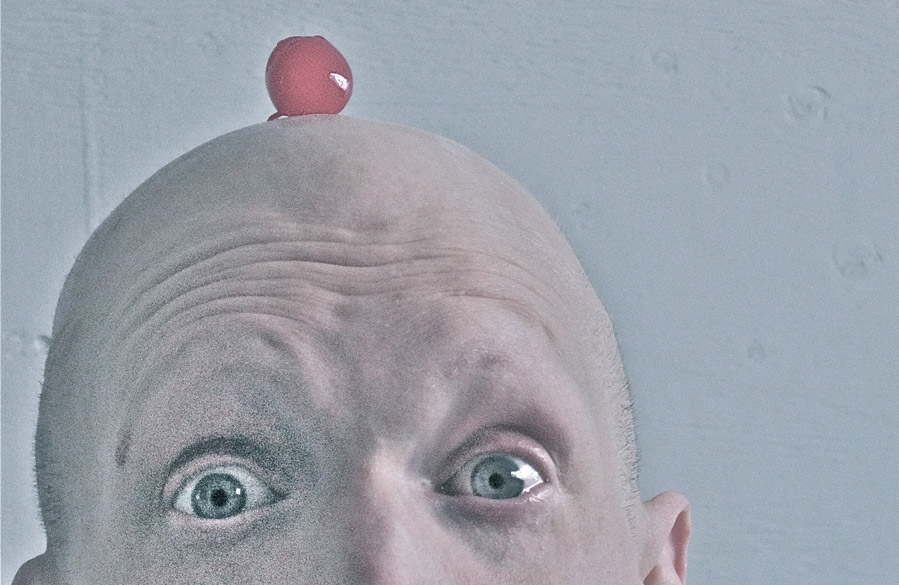 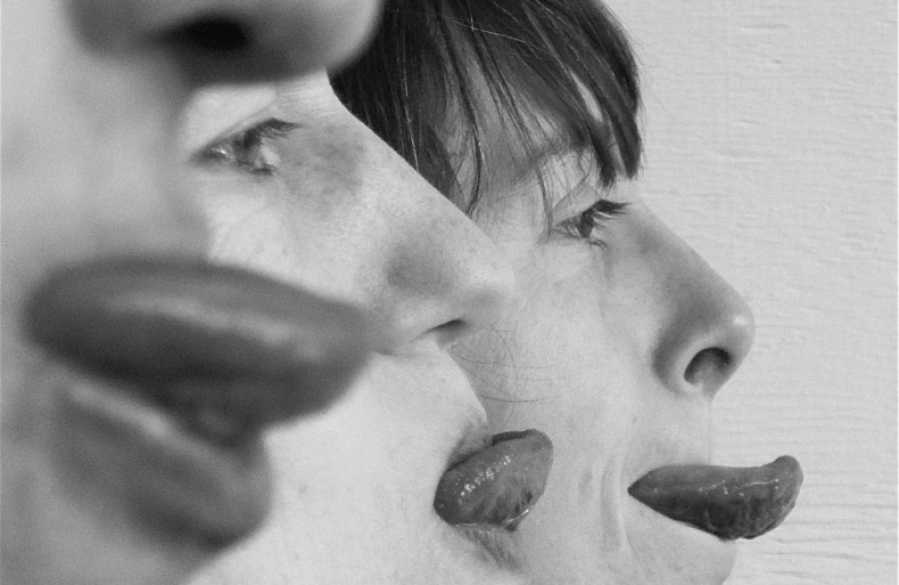 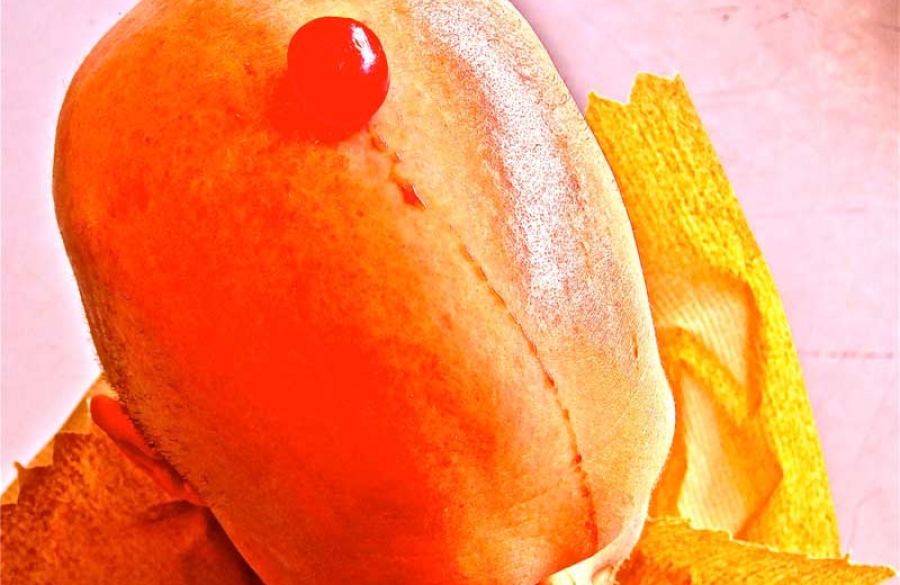 The process involves a few impossibilities : to create a choreography of words, to use speach as movement, gathering a group of people inside one body. Finding a place beyond the sundae (the total pleasure experience, if you will). To be buried alive while laughing.

Using original audio devices, we seek to reshape and spatialize language, the have characters appear and disappear inside the bodies via voice irruptions and sound shiftings. We are attempting to render audible and tangible that which speaks inside” of us, that which haunts the silence, that which, before the promise of pleasure, is rushing at our doors.

There is no logic other than to see though repetition how a body teaches itself to stop wanting. Or stop wanting to want.

Michel F. Côté
A Montrealer and the co-founder of record label &records, he has worked with many different ensembles: Mecha Fixes Clock, Klaxon Gueule, Pink Saliva, Jane & the magic bananas and (juste) Claudette. A composer that has become a staple on the performing arts scene, collaborating in the dance world with Catherine Tardif, Louise Bédard, Chanti Wadge and Sylvain Emard. In theateras well with Wajdi Mouawad, Simon Boudreault, Martin Faucher and Robert Lepage. In the visuals department he has collaborated with the creations of Luc Bourdon and Manuel Foglia. He has recently become co-artistic director of the dance company Et Marianne et Simon. He is also a regular columnist in esse magazine.

Catherine Lavoie-Marcus
As an artist with an atypical background, Catherine Lavoie-Marcus examines the multiple facets of contemporary dance. Trained in the Axis Syllabus, Butoh, Contact Improvisation and theatre, she also earned a masters degree in philosophy. She moves between choreographic and theoretical research, dance teaching and médiation artistique. She has presented her choreography in Montréal since 2009, and her most recent work “Acéphales” was part of Tangente’s 2011-2012 season. She is continuing her studies in the Programme de doctorat en études et pratiques des arts at the Université du Québec à Montréal.

Kelly Keenan
Kelly Keenan is a dance/performance artist and dance teacher. She has been seen in the work of Lynda Gaudreau, kg Guttman, Catherine Lavoie-Marcus among others. She is noted for her choregraphy in collaboration with Kira Kirsch (EU/US). Their two pieces “Species” and “Useless Creatures” have been presented in Montreal, Toronto, San Francisco and Austria. Kelly’s artistic practice is extending as she is vampidly gaining recognition for her obsessive documentation of lost mittens which became the launching plank for “Lone” a multi-media performance piece. Kelly is specialized in teaching the Axis Syllabus (a movement training system) and has taught broadly at pre-professional and professional contemporary dance institutions.

Lael Stellick
Lael first graduated from John Abbott’s Theatre program in 2001 before attending Concordia’s Contemporary Dance program. As an interpreter/dancer Lael is currently working with choreographers Sasha Kleinplatz, Lara Kramer, Aurélie Pedron, Catherine Lavoie-Marcus and Michael Montonaro for 2012-2013 performances as well as continuing to dance with the improvisation dance league, Les Imprudanse, since 2006. As a choreographer Lael has worked with Dix Tempsdix (2008) as well as two collaboration projects Division (April 2011) and Breakaway (April 2012). Lael is currently developing a new piece Waiting for 2013.

Magali Stoll
Magali Stoll of Swiss origin has been situated in Montreal since 1999. She has danced for Catherine Lipscombe, Mariko Tanabé, Shauna Kennedy, Tracy McNeil, Lina Cruz, Pablo Diconca, Monique Romeiko, Erin Flynn, Chantal Lamirande among others. Magali performed with José Navas’ compagnie FLAK from 2002 to 2006 (Séminaires chorégraphiques, Adela mi amor, Portable Dances). Since 2000, Magali has been working with Suzanne Miller and Allan Paivio, and participated in the creations and touring of Jewels, Speed, Speed sped-up et Dancing With Skeletons.