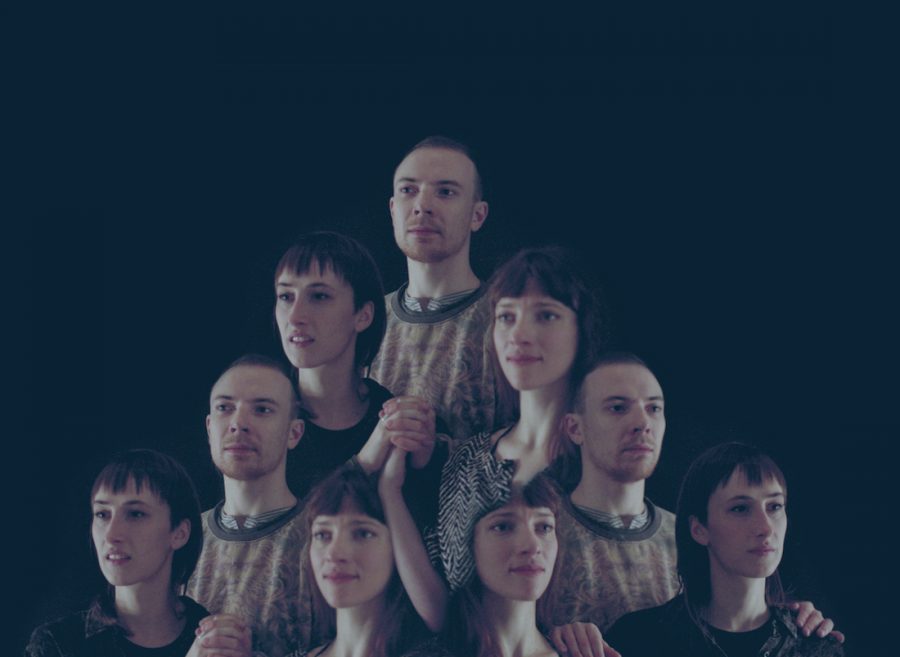 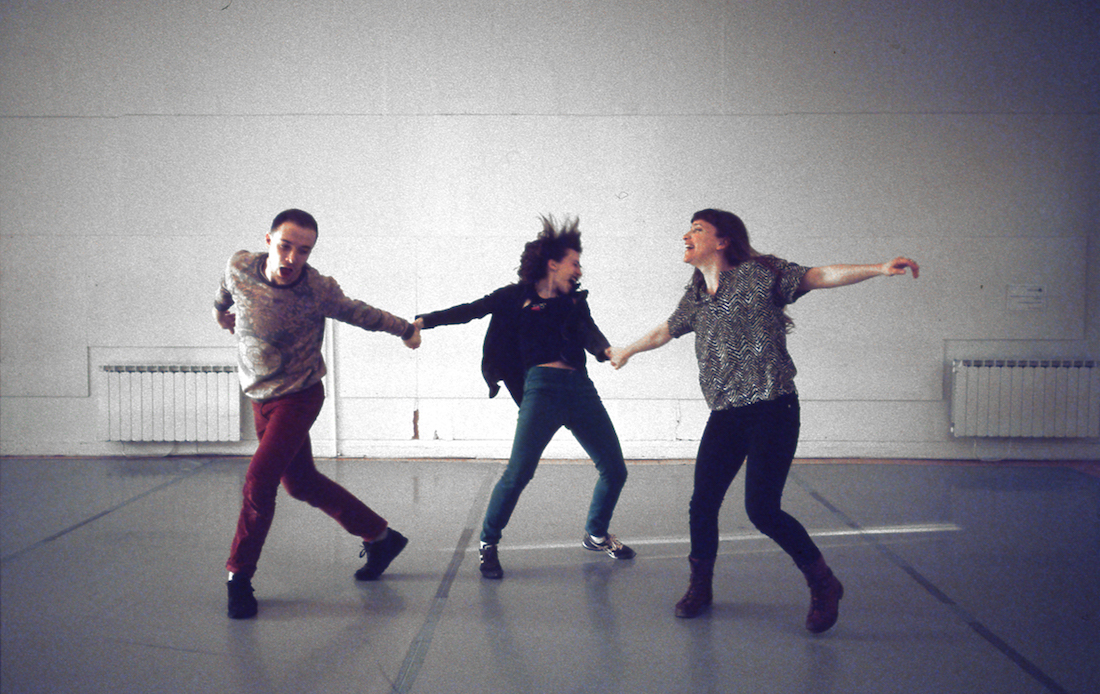 Installed within the vast Fonderie Darling factory, we are invited to gather around a vibrantly colored “dance floor.” We are here to watch a group of dancers discover forgotten rhythms and excavate faded sensations. As it moves from introspection to exuberance, the choreography embodies the vulnerability and joy of unearthing a dance that is new, yet deeply familiar. 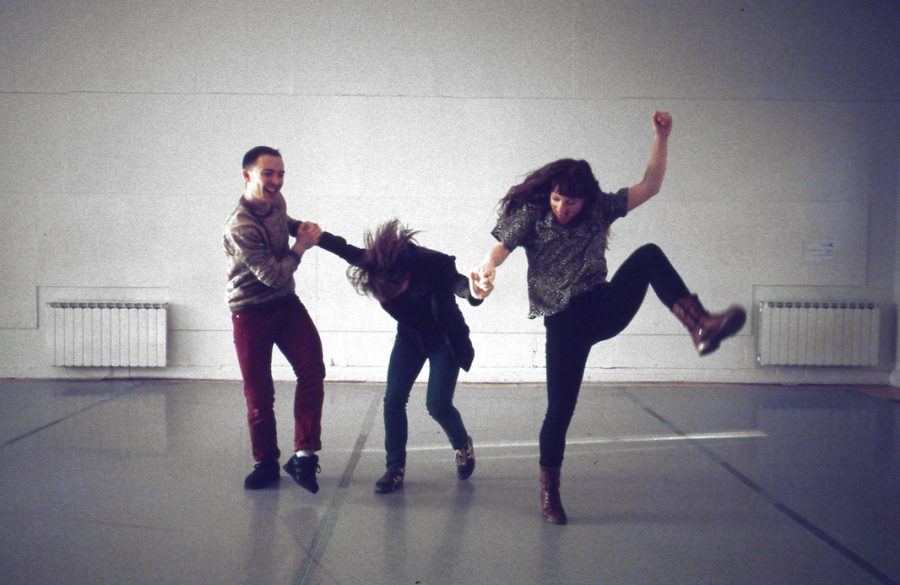 I began my research for Memory Palace by considering different places and situations beyond the concert stage where people come together and dance; places like music concerts, clubs and weddings. In order to bring focus to what could be a vast array of different situations, I reached out to three professional contemporary dancers who all have had significant experience with a vernacular or folk dance form. Their individual memories and movement histories have now become the center of my research. Specifically, we are focusing on how to stage “remembering” as a physical and performative state. It is a process that is both conceptual and visceral… grounded in concrete tasks as well as an elusive sense of transformation.

The title for this piece refers to a classical system for memorizing large amounts of information wherein one relates specific memories to real world physical locations. In this piece, we are similarly creating an architecture (the choreography), which is designed to serve the process of collective remembering.

A minimalist at heart, Dorian Nuskind-Oder‘s compositions emerge from a process that emphasizes economy of means and physical precision. Conceptual, but not cold, her work searches for poetic complexity through the cultivation of simple, but ambiguous, images. After completing her training at New York University and the Merce Cunningham Studio, Dorian worked as a freelance dancer and video editor in New York from 2004 until 2009, when she relocated to Montreal. Upon her arrival in Quebec, Dorian began collaborating with visual artist Simon Grenier-Poirier under the company name Delicate Beast. Supported by organizations like the Conseil des Arts de Montreal, Circuit-Est Centre Chorégraphique, Studio 303, and Tangente, the company has created four works, which have been presented in Montreal, Quebec City, Halifax, Boston and Nottingham (UK).

Originally from Saskatchewan, Lauren Semeschuk began her training as a Ukrainian dancer. Early on, she toured with Pavlychenko Ukrainian Folklorique Ensemble. She continued her training at Ryerson University, where she received her BFA in dance in 2008. Lauren has been collaborating with Dorian Nuskind-Oder since early 2013.

Melina Stinson is a dancer and choreographer based in Montreal. She is an interpreter and collaborator for Montreal’s Lost and Found and Calgary’s Theatre Junction with whom she has toured and created in France, Canada and Mexico over the last three years. When she isn’t working for these two companies, she is either creating her own work or dancing for other companies and choreographers such as Lara Kramer danse, Carré des Lombes, Bouge de là, Human Playground, Pulse and Puppet, Woo Me Myth, Taryn Javier, Manon Oligny and Mélanie Demers. Melina is excited to be working in Montreal with Dorian Nuskind-Oder for the first time in 2015.

Born and raised in Massachusetts, Nathan Yaffe received his BFA in Dance from Purchase College in New York. During that time, he also trained at Codarts in Rotterdam and worked at Le Groupe Dance Lab in Ottawa. In 2008 he found himself in Montréal, and has since worked on both sides of the border with artists such as, Sasha Kleinplatz, Mollye Maxner, Brian Brooks, Hélène Langevin (Bouge de Là, Inc.), Sonya Stefan, Les Imprudanses, Peter Trosztmer, Dorian Nuskind-Oder, Audrée Juteau, Katie Ward, Kate Hilliard, Kimberly de Jong, and Georges-Nicolas Tremblay. Nathan’s own choreography has been presented in New York, Ottawa and Montreal. His newest piece, The Johnsons, was presented by Tangente in Montreal as part of Danses Buissonières_Classe 2014 at le Monument National. The_Johnsons 00:21:51, a dance-film installation he created in Los Angeles with Elisha Yaffe, will be presented as part of the Cinedans festival in Amsterdam in March 2015.