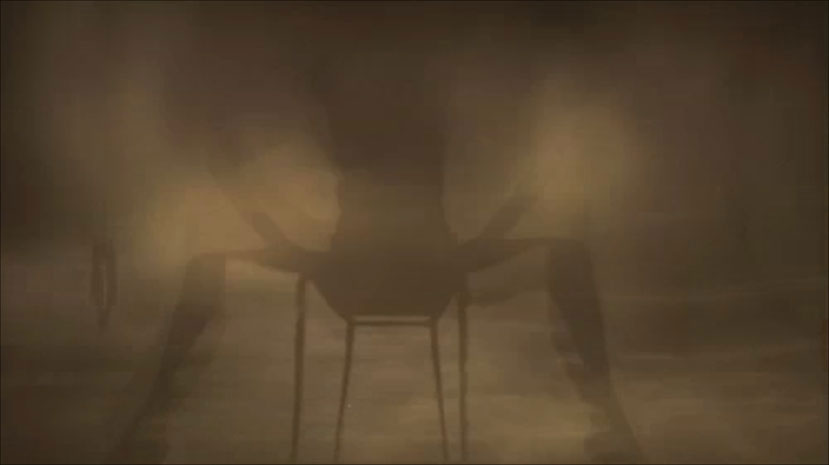 Memory of a shadow

Memory of a shadow

Memory of a Shadow is a visual hymn to the magic of shadows, an aesthetic of half-light. A work about beauty that explores the limits of perception between darkness and illumination, between the real and the imaginary. The shape of the work is that of the flow, the elevation and then of the silent evaporation. In this graceful and visually sumptuous research, music and movement fuse with space, light and shadows. The result is a dream world with uncertain clarity in which the smallest movement of shadows bewitches and fascinates. 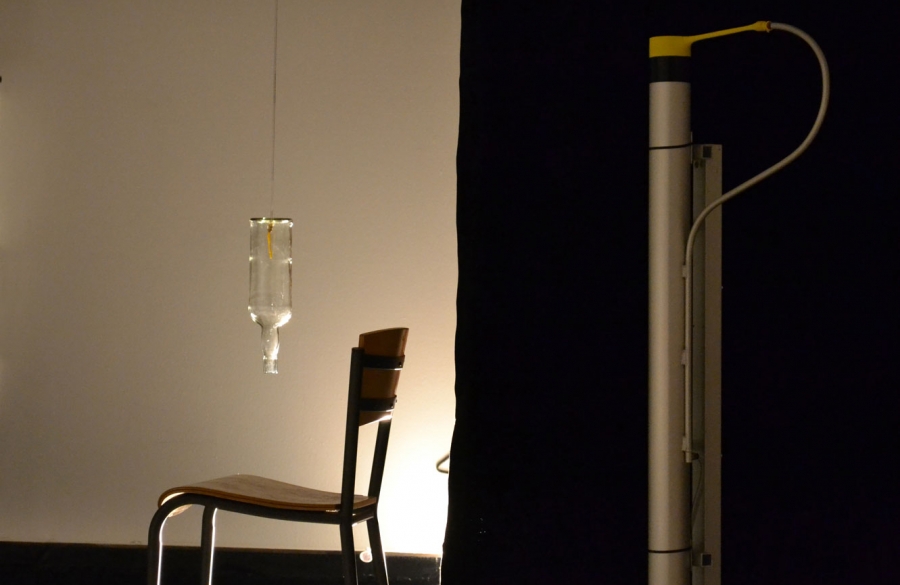 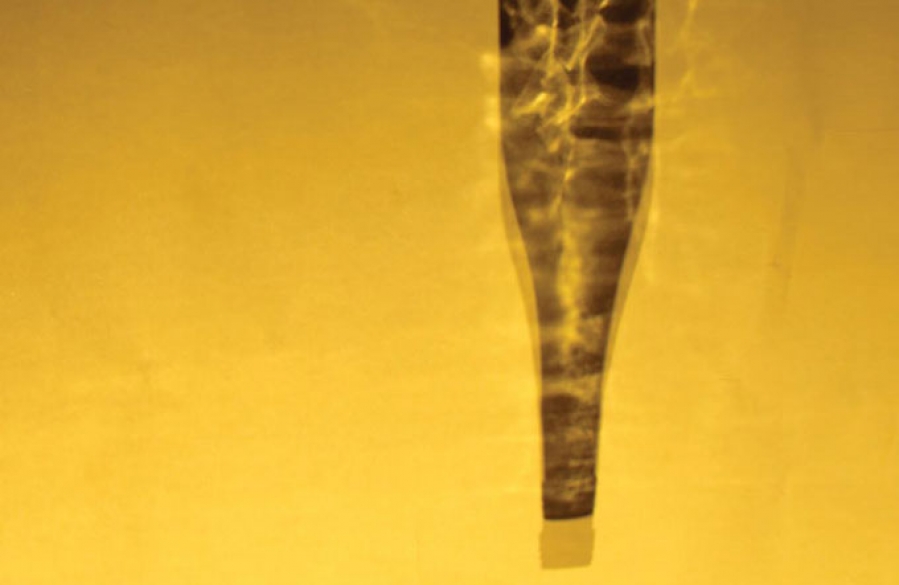 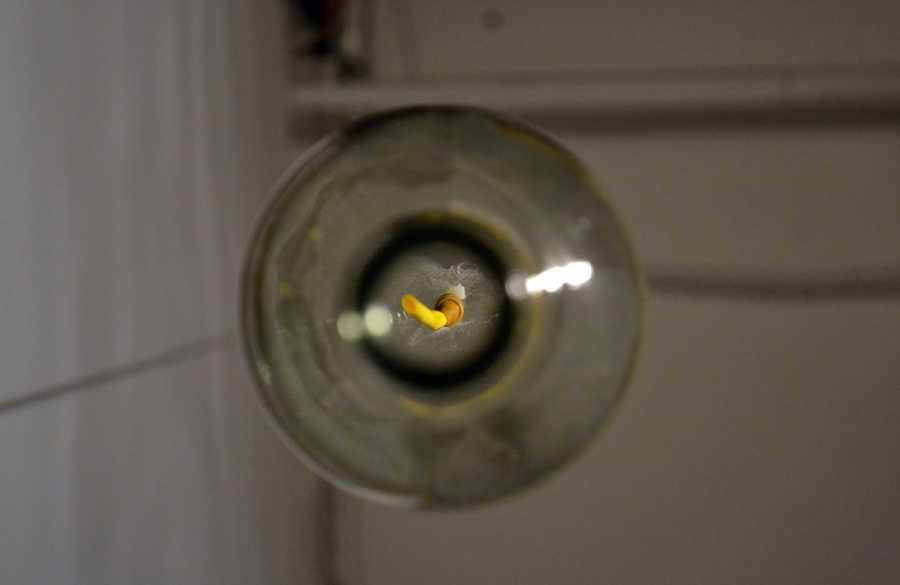 Jean-François Laporte
As a Canadian artist, Jean-François Laporte has been an active member of the contemporary art’s scene since the mid-1990’s. He pursues a hybrid approach integrating visual arts and sound exploration. Taking an intuitive approach to create music, Laporte learns art through concrete experimentation on matter. His unique artistic vision relies on an active listening of each sound, object, material, etc. Thus his art is the result of working in complicity with raw material , proposing constructions born of each material he explores. His work is characterized by a large diversity of sound sources, aesthetic quality concerns, as well as an undeniable peculiarity.

Since the year he began to be involved in arts, in 1993 (at 25 years old), Jean-François has written some 70 works that have been performed in Montreal, across Canada, Europe and all around the world. A number of his pieces have been commissioned by Montreal-based and international ensembles and organizations, and he has won several awards and grants from such institutions as the Canada Council and the Québec Council for the Arts. The composer has also won several awards including, in 2002, “Composer Of The Year,” “Creation Of The Year,” (for his work Tribal, for orchestra of invented instruments) and “Discovery Of The Year” as part of the Opus awards (from the Conseil québécois de la musique), in 2003, his work Prana received first prize in the mixed music category of the 23rd International Luigi Russolo electroacoustic music competition (Italy) and, in 2004, the first prize in electroacoustic music for the international competition Citta’ di Udine’ with his work Dans le ventre du dragon. In 2006 Laporte won agains the award’s “Creation Of The Year”, (for his work Plenitude of emptinesse, for Quasar sax quartet and invented instruments). Recently, Productions Totem Contemporain (he his the General and Artistic director) receive the Music Award during the Grand prix du Conseil des Arts de Montréal (years 2006).

For the past fifteen years, along with his activities as a composer, Jean-François has been developing and making new musical instruments (Tu-Yo, Bowl, FlyingCan, Sax-trunk, vibrating membranes and Siren Organ,) which he integrates in his works and, since 2002, to visual & sound installations using computerized and robotized controls. These inventions have brought the composer to create several commissioned works such as from the French CBC (L’éveil d’un Titan for the Silophone project designed by The User,) from Code d’Accès (Tribal), from IRCAM in Paris (Vortex) and from Quasar/SMCQ (Plenitude of emptinesse , opening concert for the festival Montréal Nouvelle Musique 2005), with invented instruments; from Fonderie Darling (Khôra) and Escales Improbables (Tremblement de mer) with sound installations. Last may 2007, Laporte exposed for 2 mounth his new visual & sound installation call Kyokkoufu (for Robotize FlyingCan) in the Contemporary Arts Museum of Santiago de Compostella (CGAC – Spain). Laporte work actually on Psukhô, a new Visual & Sound installation who will be create in october 2009.

Increasingly, these inventions are drawing attention in the theatrical and visual arts circles. Not only have they been the centerpieces of numerous tours (Khôra was presented around 25 times in several countries including Canada, U.S.A., France, Belgium, Germany, Iseland, Lithuania, Sueden, Holland, Italy and Japan) they have opened up new opportunities in the areas of contemporary music and dance. In 2002, choreographer Susan Buirge, supported by the Abbey of Royaumont, commissioned a 40-minute electroacoustic work featuring invented instruments, L’œil de la forêt, and the Japanese choreographer Heidi S. Durning has called upon him to compose the music of several of her projects, including Sound Dance, Spiral Wind, Kimono Series and Ruby.) At present, he just finish creating Le Tératome with the France choreographer Frederic Tavernini. He work now on a new project with the France choreographer Barbara Sarreau. Moreover, a great number of composers have taken to integrate his inventions to their works, notably the Sweden Jesper Nordin for a commission from the Sveriges Radios Symfoniorkester (Residues) and the Briton Johnathan Harvey for a commission from dance company Ma-To-Ma.

Since 2000, while dedicating a lot of energy to invented new musical instruments, visual & sound installations, the composer is still very active in the creation of works for traditional instruments but very often used in a non-traditional manner; for example, works such as À l’Ombre d’un murmure, (Ensemble Contemporain de Montréal), le Chant de l’inaudible (Quasar Saxophone quartet) Moments (Buzzini string Quartet), Prana, (Nouvel Ensemble Moderne), and Procession (commissioned by the Royaumont Abbey in France, for its Roman organ.) Tow years ago he finished composing a 25-minute piece call Psukhô, for the Radio-France Symphonic Orchestra mixed with the new installation call Psukhô (created in Dijon the 7 november 2009). He also finish Soul screams, a new electric string quartet piece for ensemble Repertorio Zero who was performed at the Venise Bienal. Recently he finish composed a 60-minute piece for Ensemble Transmission, which was created in Montreal the 23 mai 2013. In 2009, Laporte was named “Facteur d’Instrument de musique de l’année” by the CQM (Conseil Québécois de la Musique), thus receiving his fifth “prix Opus”. This prize aims at the recognition of the quality of Laporte’s work and the importance of the invention of his own musical instruments. In 2010 Laporte was in Tokyo for an artistic residences of 6 mounth (Studio du Québec in Tokyo).

Maria Kefirova
Bulgarian born Maria Kefirova is a performer and a performance maker based since 1992 in Montreal. She danced for different companies and choreographs such as: Lucie Gregoire Dance, Cas Public, Florance Figols, Heloise Remy, Sara Hanley, Mariko Tanabe and others. Parallel to her work as a performer, she has been developing her own artistic practice combining dance, theatre, performance and video. The main focus in her work is the constantly undetermined equilibrium which exists in our relationship with our bodies; the correlation between our body/mind reality and our socio-cultural environment. In 2012, Maria graduated from DasArts (Amsterdam school of the Arts) -a residential master program for research and experimentation on new forms of performing arts and theatre. Recently, Maria was invited as a visiting artist at the Dance Department of Concordia University, Montreal. She explores the body as a complex and rich paradox, as a place of constant motion, transformation and transition and searches to reveal its poetic power. Her present interests position her work in between performing and performance art, between the intellectual and the visceral experience.