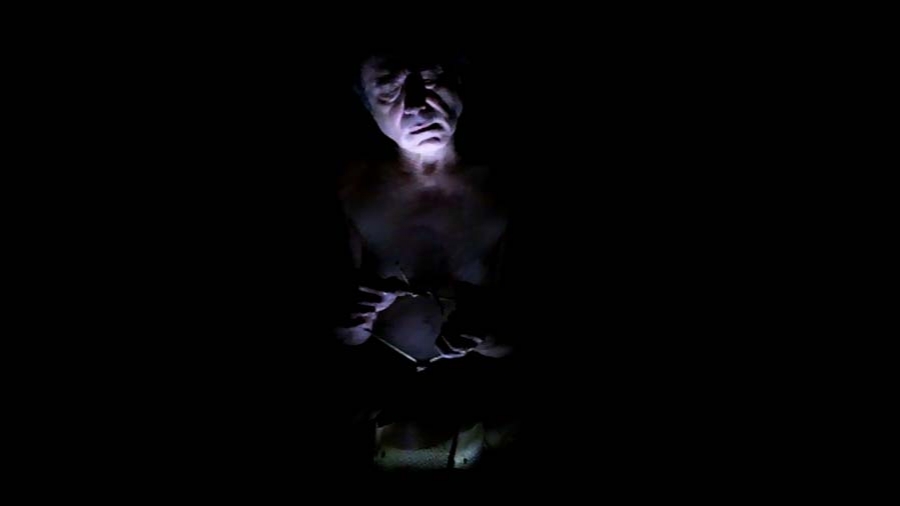 CORPS CAVERNEUX is an examination of masculine identity. It raises questions without necessarily looking for answers, letting the body speak and come in contact with the material elements in order to reveal itself through sensations. Three dancers (Daniel Soulières, Félix Beaulieu-Duchesneau and Lael Stellick) – three bodies bearing both different and complementary histories. They are at once raw material and a source of emerging realities, transcending their personal identities. Revealing the bodies through their encounters with material elements – light and shade, objects, the matrix structure. It is through these encounters with singular material elements that the bodies come to reveal themselves, and with them, the question of men… 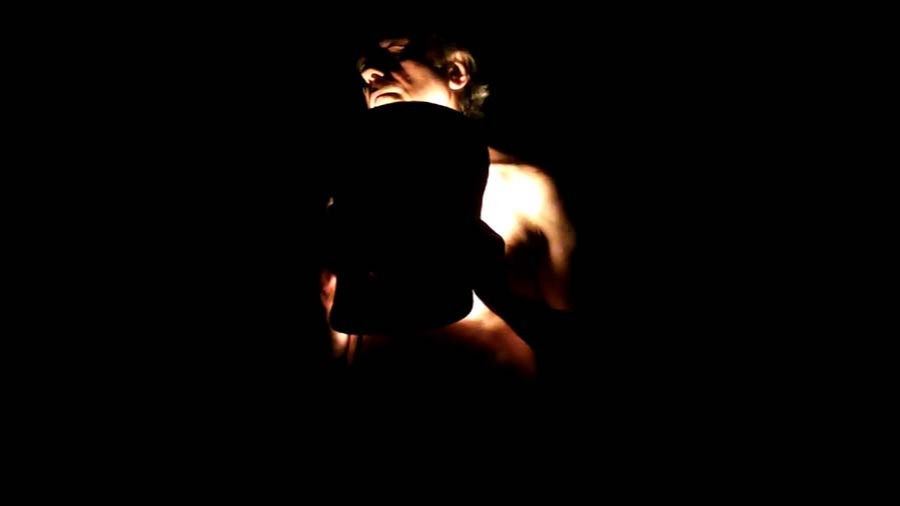 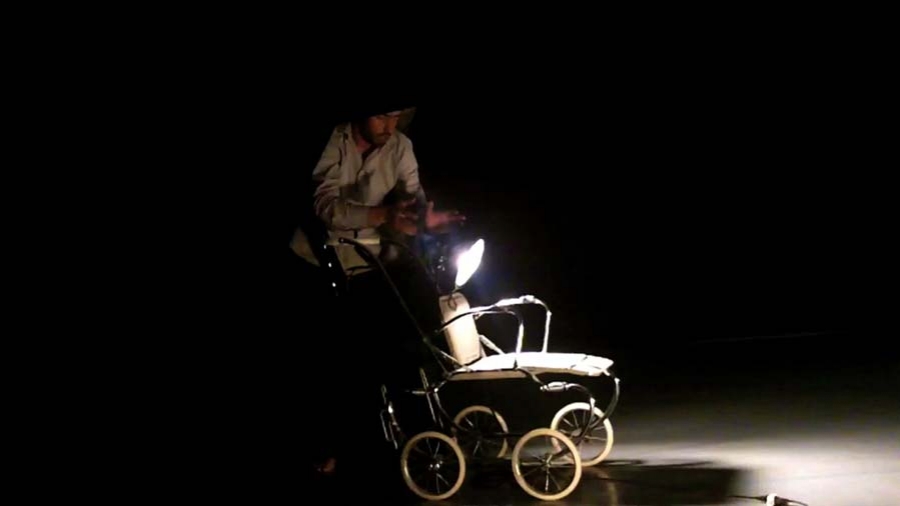 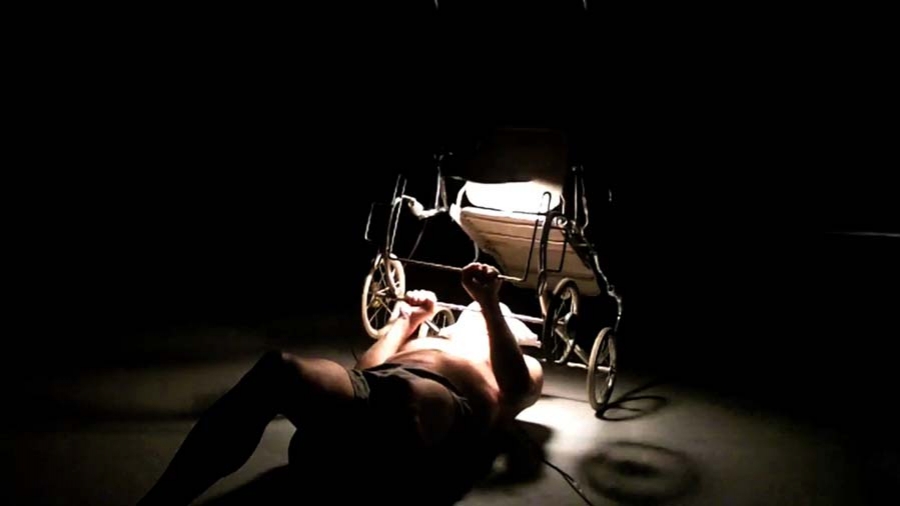 I am interested in the permeability of the body (the inside versus the outside), as well as material elements. How do these elements influence each other and how it may enrich them?
An encounter between body and objects – a sculpture of accordions, an old baby carriage… Objects used to put the body in motion, used as sources for Kafkaesque metamorphoses…
Light as matter.
Light is an element that reveals not only the body but also it’s most subtle movements. Indeed, even the movement of the skin. The interaction of body and light is a different way of composing or revealing movement. If there is light, there is shadow. What I like about working with shadow is the perceived differentiation of a same element. Between the body under light and it’s projected shadow, we have a multiplication of a same thing. The multiplication of one thing allows the audience member to become himself a participant in the creation, because he needs to associate the two different images and create a new one, one that becomes his own (1 + 1 = 3). A matrix support inherent to the shadow. The idea of the uterine cavity came from the desire to have a structure that does not “break” the shadow as a right angle between the ceiling and a wall would. Thus, this necessitates a round structure.

Aurélie Pedron
In the course of her studies at UQAM dance department, Aurélie Pedron has explored performance, choreographic creation, dance video and animated film. She has since become interested in Buto in order to try to find a type of movement closer to body states than aesthetic forms. Her work is centered on researching the permeability of practices and material elements. Her pieces merge many different languages, allowing encounters between elements – the point at which creation emerges. Aurélie Pedron is also pursuing a Master’s Degree at UQAM on “the emergence of creation or the anti-heroism of the creator”. As a video artist, she works with the distortion of the image while filming, and then creates choreography in the editing process. These works have been presented throughout the American continent, Russia, Asia and Europe.