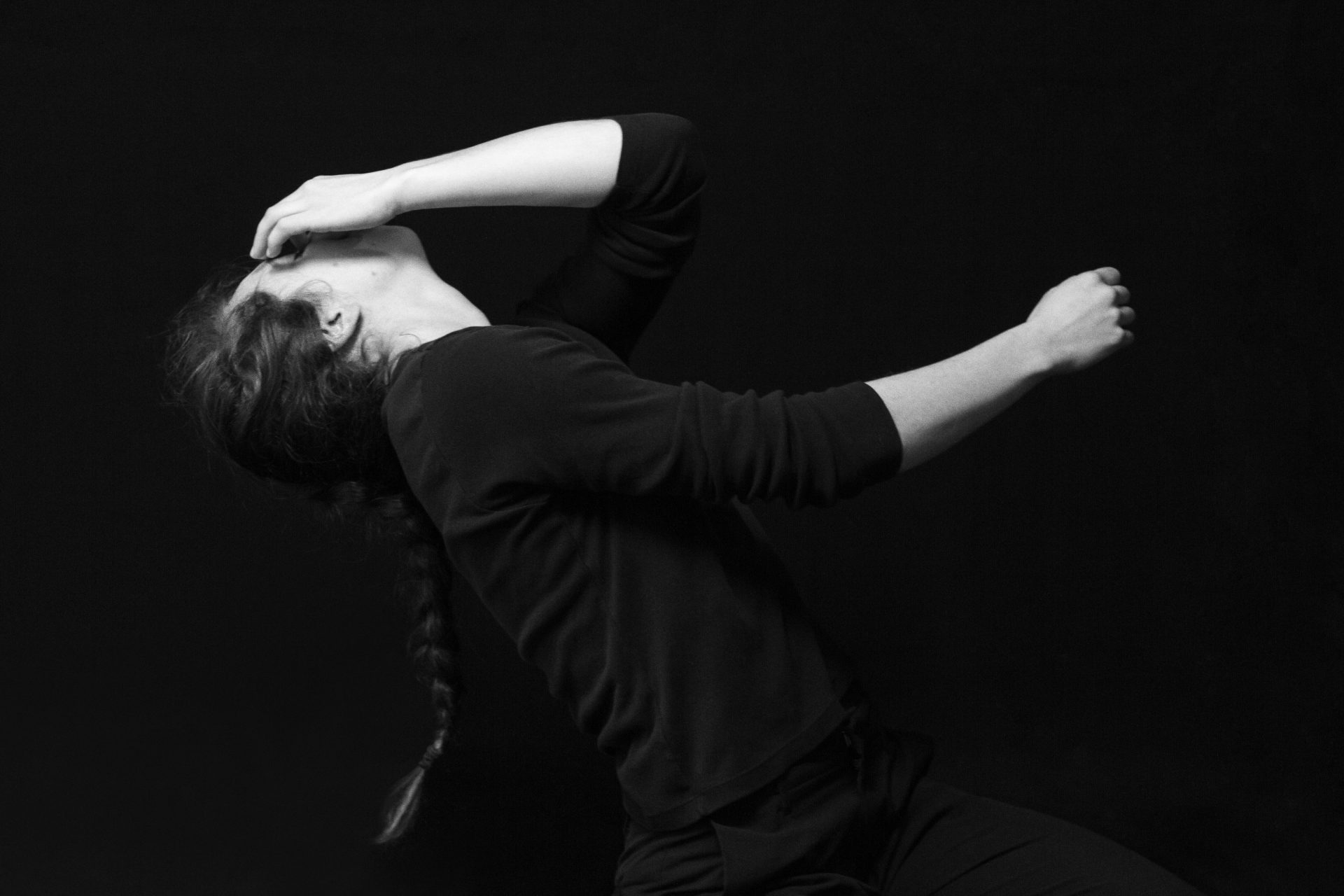 DISCUSSION WITH THE ARTISTS AND BOOK TABLE ON NOV. 2

The order of the pieces is subject to change.
1st work - 9 minutes

“In times of turbulence, humans tend to go back to their primitive mind, therefore a regression in our civilized attitude.” –Freud

A Syrian choreographer and new Canadian immigrant, Hoor has witnessed and experienced terrible violence in her region. For this emotionally charged solo, she goes to battle with the aggressive, darker side of herself. Her composition is sometimes sharp and brutal, and other times soft and crisp. In this dance, she wages yet another war: the one within. 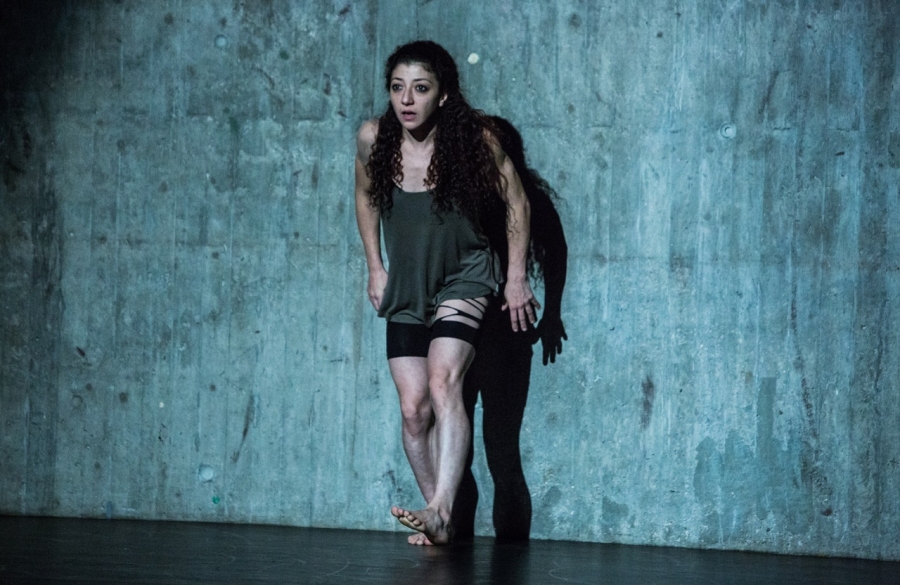 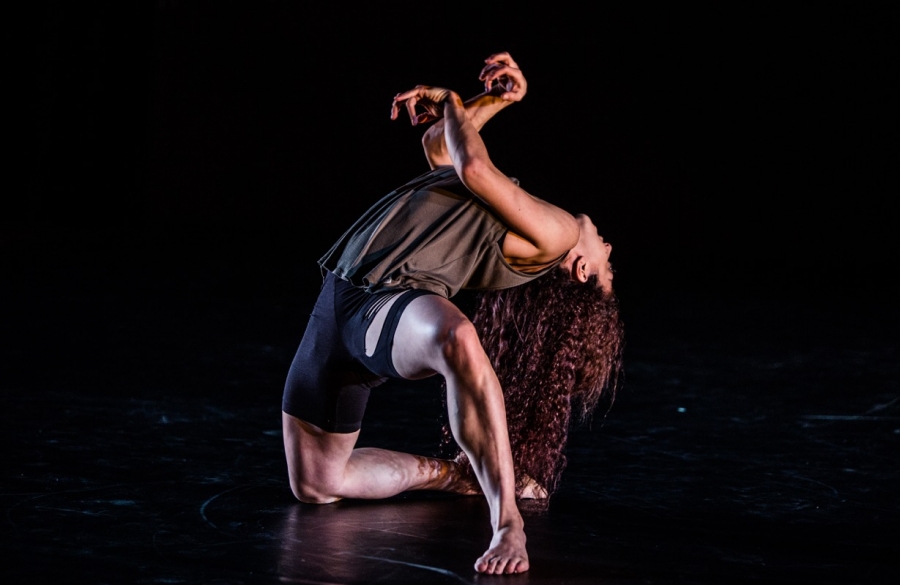 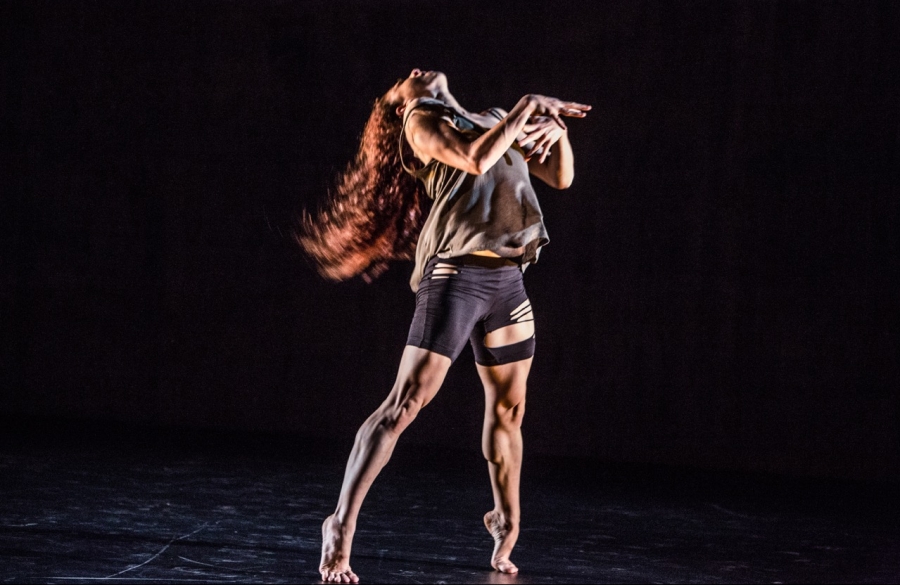 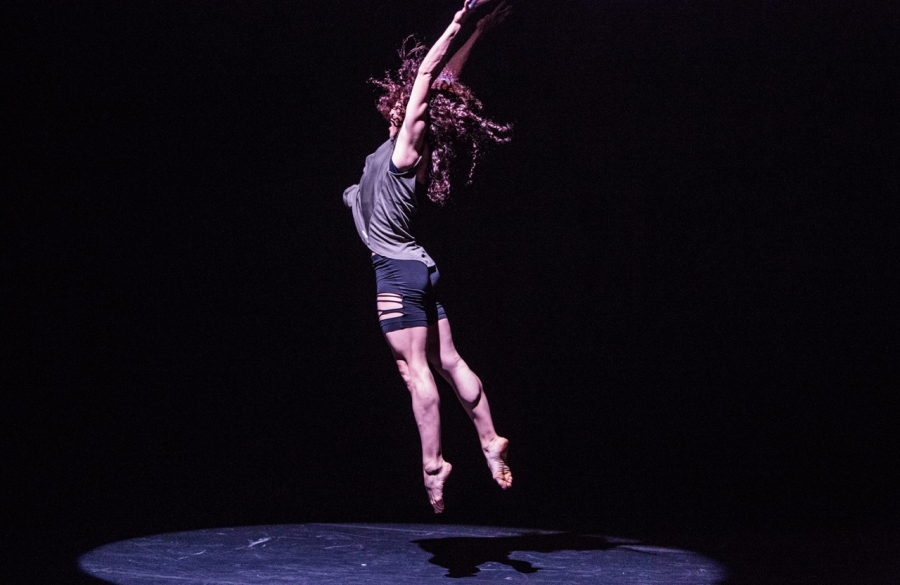 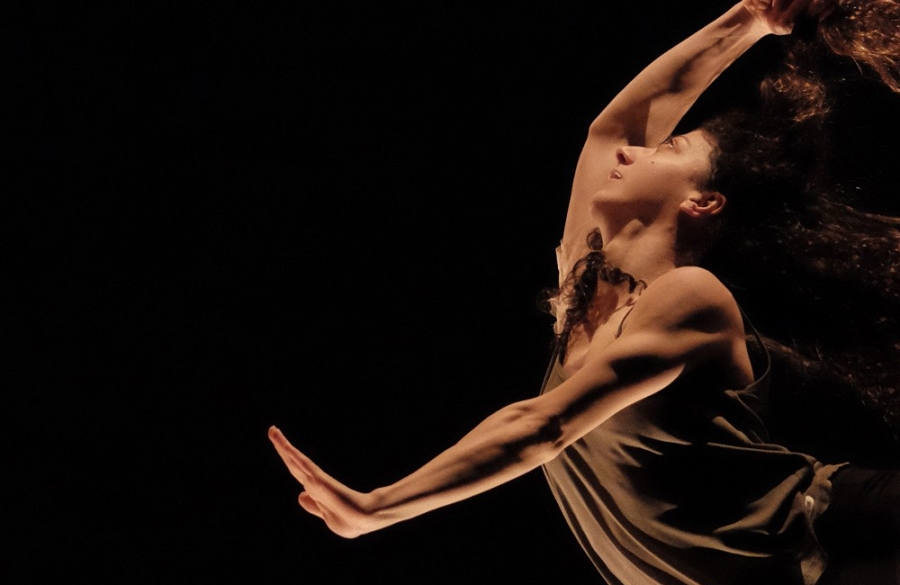 A few lines about the piece:

“In times of turbulence, humans tend to go back to their primitive mind, therefore a regression in our civilized attitude.”
–Freud

Facing the other side of one self, the more violent, aggressive and somehow darker side; acknowledging its existence; denying its effects; and going to battle with it.

From a personal perspective, living in a region full of turmoil, going and passing through it until the discovery of yet another war, the one that one fights alone: the war within.

A Syrian contemporary dancer and choreographer, Hoor Malas starts dancing at the age of eight at the Ballet School in Damascus. In 2006, she co-founds the Sima Dance Company. In 2007, she completes a BA in Dance at the Higher Institute of Dramatic Arts of Damascus. In 2008, she obtains a Diploma in Contemporary Dance from the Northern School of Contemporary Dance (Leeds, UK). She participates in various dance workshops in the US, the UK, France and Denmark, with companies and artists from across the globe. At the age of 23, she becomes a teacher at the Higher Institute of Dramatic Arts, where she continues to teach. Her choreographic works include A woman’s diary (Beirut, 2011), dance pieces for the International Dance Day (2012-13, 2014), Wishing I was stone (Damascus, 2014), Above Zero (Beirut, 2014), Regression (Stuttgart, 2016), Taraneem (Beirut, 2018), and Three Seconds (Damascus, 2018).

Janis Joplin’s iconic performance of songwriter George Gershwin’s “Summertime” initially fuelled this solo. The dance is however rooted in the memories of both Marie-Pier and Natacha, these faded yet intense images around which one’s identity is built. Infused with the intensity of the emotions triggered by these recollections, the simplest movement turns into dance. The bare stage is bathed in sepia lighting reminiscent of yellowed photographs. How is our body shaped by memory? 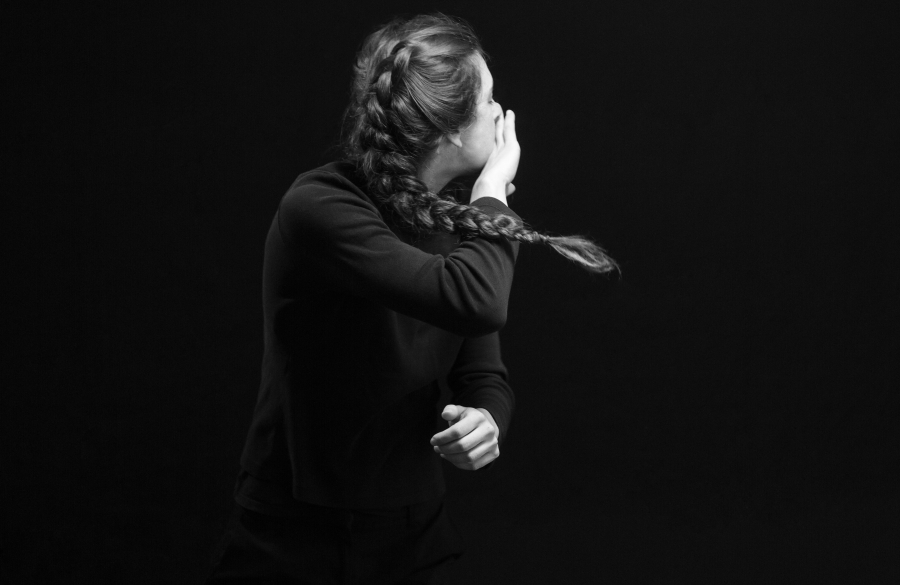 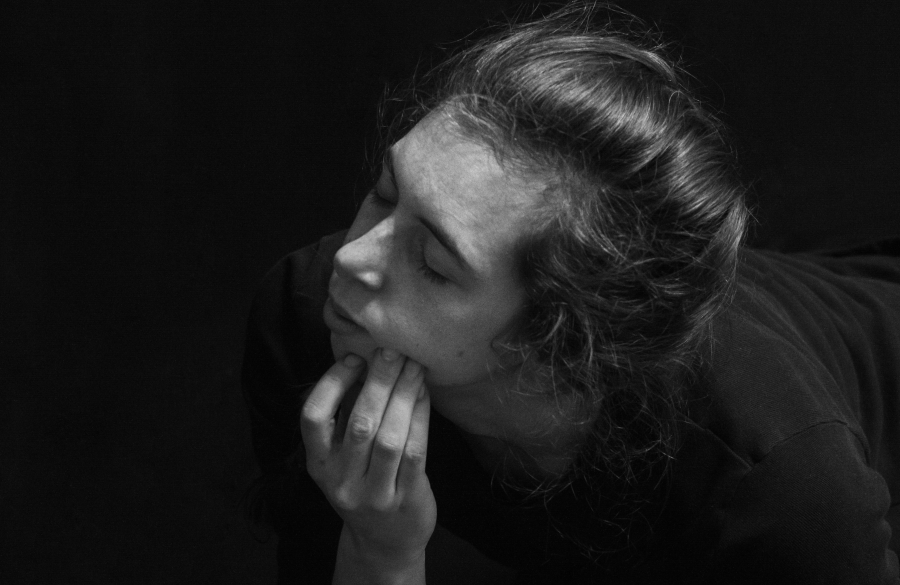 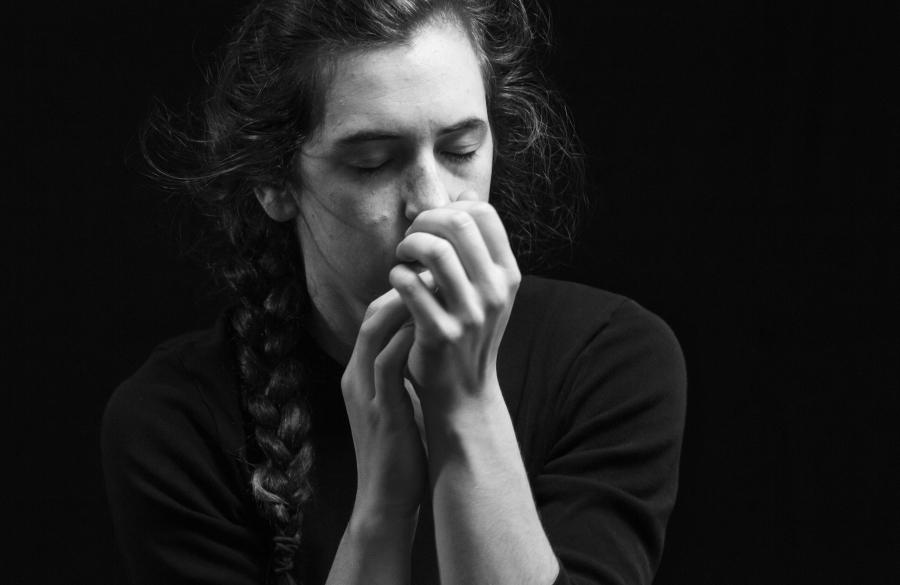 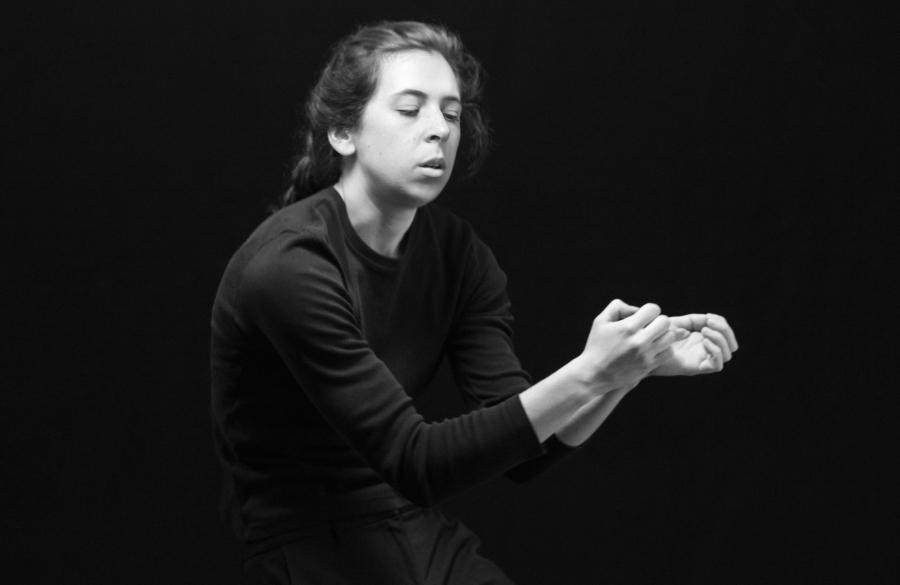 Summertime is inspired by “autobiographical memory”, a notion related to the construction of identity. The accumulation of episodic memories, which come back to us as flashes of strong images, is one of the ways we inform who we are. Some memories emerge more often than others because they are linked to powerful emotions.

During the conception of the solo, we wanted to uncover the pathways that certain meaningful, emotional memories use to surge through our bodies. We then explored the various emotional states evoked by the memories in order to bring to life the sensations attached to them, to reveal the traces they had left, and to generate a tangible feeling.

Marie-Pier Laforge-Bourret is a Montréal-based dance and literary artist. She holds an MA in Literature in Contemporary Québec Poetry (UQTR, 2015) and a BA in Dance (UQAM, 2016). She has presented her recent choreographic works Le départ (Salle Claude-Champagne, December 2017), Summertime at Tangente (Danses buissonnières, September 2017), and Parking at the Home Run Festival (June 2017) in Montréal. Through her choreography and poetry alike, Marie-Pier explores the relation between the concept of disappearances—death, life periods, the destruction of familiar places—and memory, as well as family relationships. She also works as an interpreter, and has danced for Andréa Corbeil in Mont de Vénus at the event You Are Here (October 2016) and for Rose Eliceiry in her poetic monologue Là où fuit le monde en lumière at the Zone Homa Festival (August 2017). Marie-Pier is currently working on several dance projects, as well as teaching French as a second language.

Natacha Viau earned a BA in Dance from the University of Québec in Montréal (2016). She has danced in Edward Toledo and Laurence Éthier’s Drop da beat II (Zone Homa Festival), in Andréa Corbeil’s Mont de Vénus (You Are Here — Théâtre aux Écuries) and in Marie-Pier Laforge-Bourret’s recent works: Summertime (Tangente) and Parking (Home Run Festival). Natacha also collaborated with Ether on creating several projects that fuse dance and rock‑climbing. During the summer of 2016, she participated in an intensive aerial dance workshop with Bandaloop in Oakland, California. In the autumn of 2017, she completed her certification to become a pilates instructor.

Helen Simard is a Montréal-based dance artist. From 2000 to 2012, she was co-artistic director, choreographer and performer at Solid State Breakdance, with whom she participated in the collaborative creation of nine choreographic works that toured across Canada and in Europe. Since, she has worked as an independent choreographer, drawing inspiration from punk rock aesthetics and live music to create several interdisciplinary works: On the Subject of Compassion (2011), NO FUN (2015), IDIOT (2017), […] As If Nothing Happened (2017), and Can You Hear Me? (2017). She also works as a rehearsal director with several choreographers, including Tentacle Tribe (Emmanuelle LePhan and Elon Hoglund), Greg Selinger, Sébastien Provencher, and Victoria Mackenzie. Helen holds a BFA (Concordia, 2000) and an MA (UQAM, 2014) in Contemporary Dance.

Marine Morales-Casaroli is a Montréal-based dancer. She completed a joint theory-practice program at Lille III University and the National Choreography Centre in Roubaix (France), and holds a BA in Dance from the University of Québec in Montréal (2015). She has since participated in several intensive workshops: Hofesh Shechter Company, Axis Syllabus and Springboard Danse Montréal. She was a guest dancer at Circuit Est for their 2016-17 season, and has danced for emerging choreographers Jenna Beaudoin, Marie-Pier Laforge-Bourret and Alice Grondin Segal. Marine has also presented two of her own choreographic works at Passerelle 840 and works as a rehearsal director for emerging artists such as Philippe Dandonneau, Julia B. Laperrière, and Marie-Pier Laforge-Bourret.

First trained as a classic pianist, composer Maggie Ayotte earned a BA in music at University of Montréal (2017). She was instructed by composers Ana Sokolović, François-Hugues Leclair, and Analia Llugdar. She then refined her composition skills at the Vancouver Bozzini Lab with the Bozzini Quartet alongside mentors Christopher Butterfieds and Owen Underhill in 2017. During the summer of 2017, she participated in a composition workshop at Académie Orford under the direction of Ana Sokolović, Jean Lesage, and Véronique Lacroix. Her Quatuor à cordes no 2 was created in March 2018 and Quatre petites pièces pour basse électrique et quatuor à cordes can be found on the jazz bass guitarist Rémi-Jean Leblanc’s album released in May 2018.

In 2009, after 15 years in IT, a choice had to be made: keep working in the same field after a massive layoff or work daily with passion. Benoit Larivière chose the path of passion and signed up for a stage technician program. Through his projects, big and small, he found his way to lighting design. 2014 marks the beginning of theatre collaborations and the creation of lighting designs for the UQAM dance department’s Passerelle 840. Since then, he has worked with Tentacle Tribe, Ebnfloh, Monstapop, 100Lux, Andrea Peña, and the theatre company Les écorchés vifs.

Free as the air, Lakesshia allows her body to flow, dancing as she never did before. Though everyday challenges stand in her path, she breaks through, unbridled. New soft and slow movements emerge from deep inside. What matters now is to be vulnerable and share her story. She finds herself at once empty and full, filled with love and hate, embodied and unbodied. 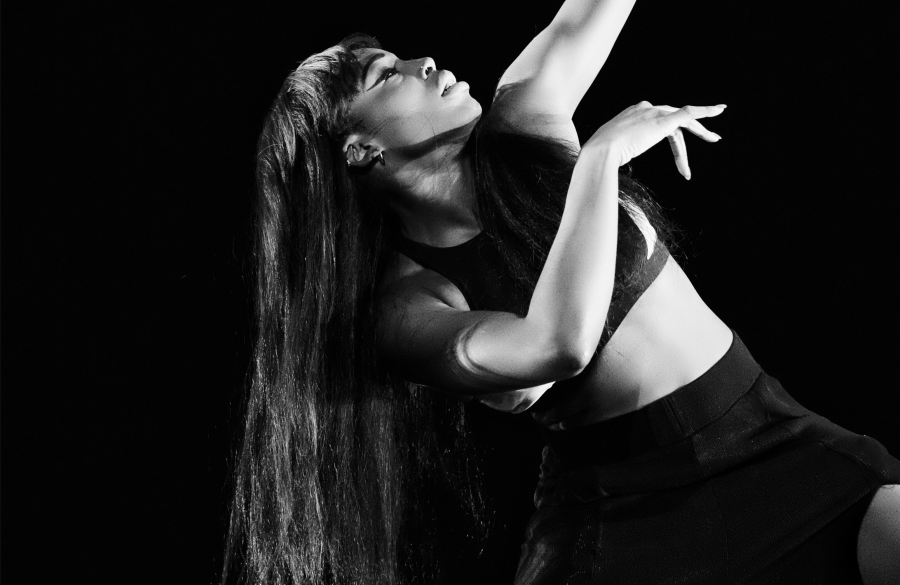 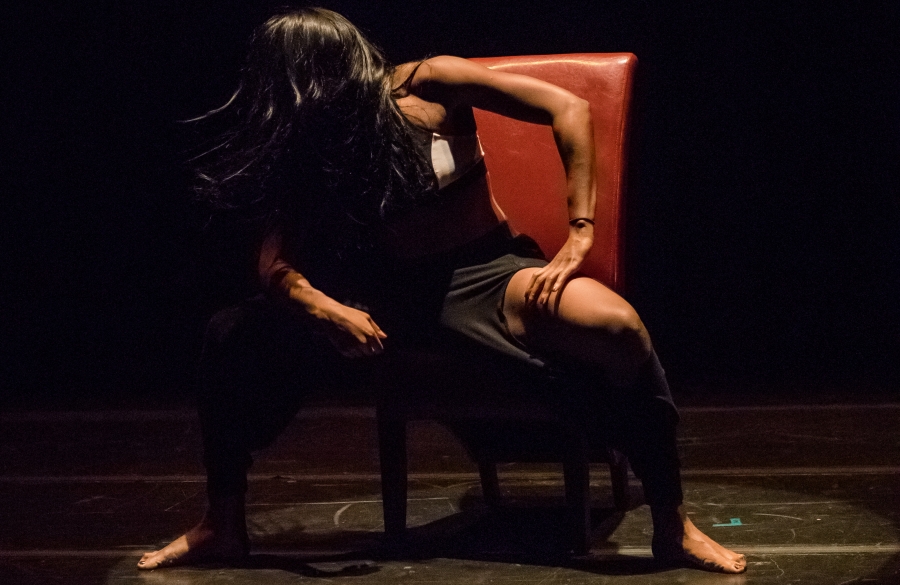 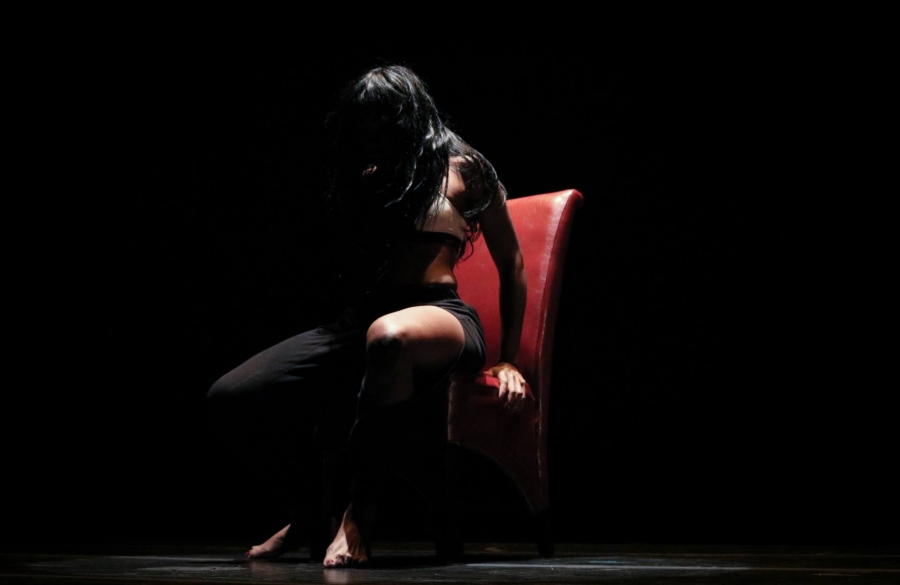 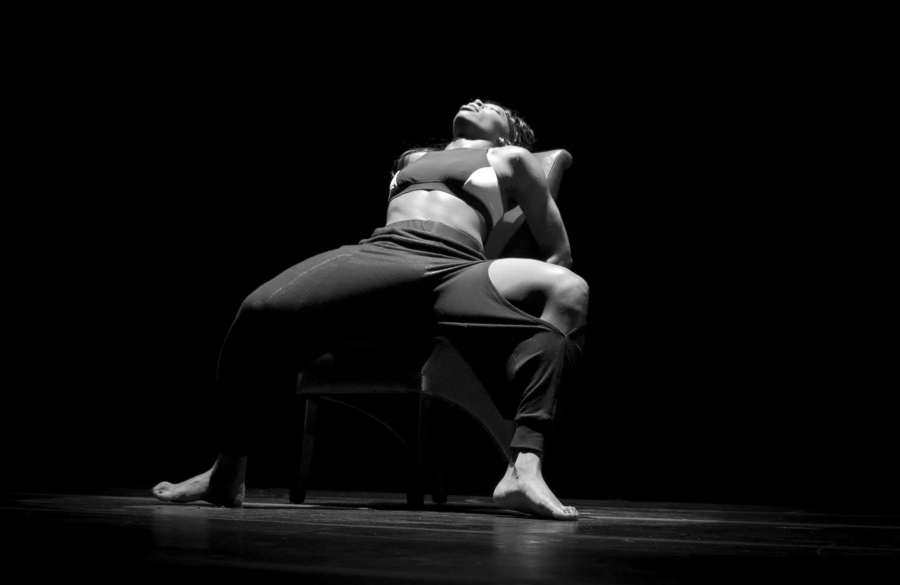 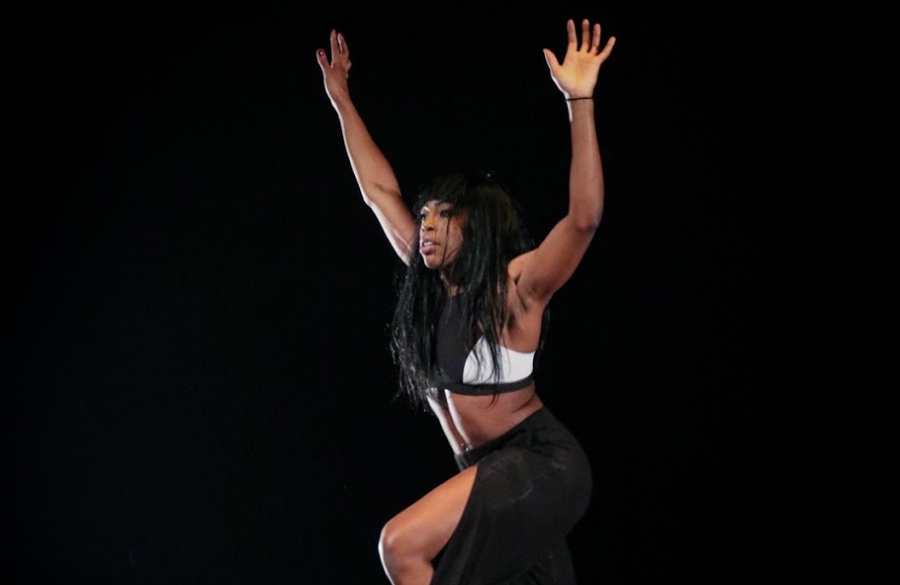 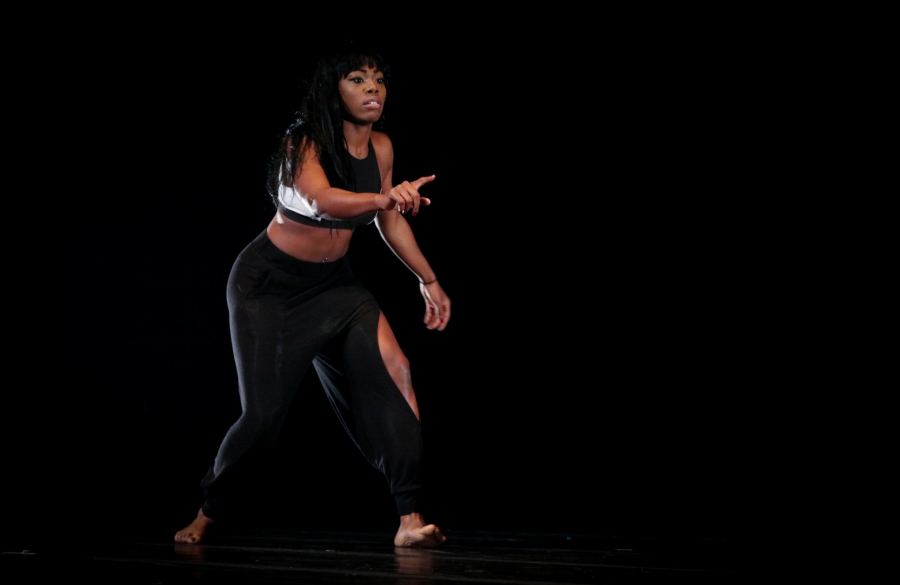 The piece is inspired by women. The women who have to wake up early every day to face reality. Who have to clean; who always have to be ready, pretty, and strong; who have to impress men; who have to take care of the kids; who have to be perfect. We are going to look for the body strength of this hardworking woman subdued by society. We are going to make a contrast between her strength (her duty as a woman) and her weakness (the heavy weight that all of this puts on her). The woman is pure; her beauty, her sensuality will always instinctively guide her.

Lakesshia Pierre-Colon is a choreographer and professional dancer who has been specializing in street dance for 10 years. She has trained in the first street dance school in Montréal, Urban Element Zone. She learned from many mentors in the field, like Angelo Ameur, Alexandra Landé, Cindy McAuliffe, and Marvin Baptiste. In 2010, she was part of the 24k company directed by Cindy McAuliffe and performed at the Théâtre Rouge du Conservatoire, at Francofolies de Montréal, and in New York City. In 2011, Lakesshia began a BA in Dance at UQAM, where she had the chance to learn from choregraphers like Frédérick Gravel, Virginie Brunelle, Dominique Porte, and Danielle Desnoyers. In 2013, she joins the EbnFloh dance company directed by Alexandra Landé, with which she performs in Toronto, Yukon, and Amsterdam. She has travelled internationally to give workshops and has won dance competitions in Paris, Japan, and the United States.