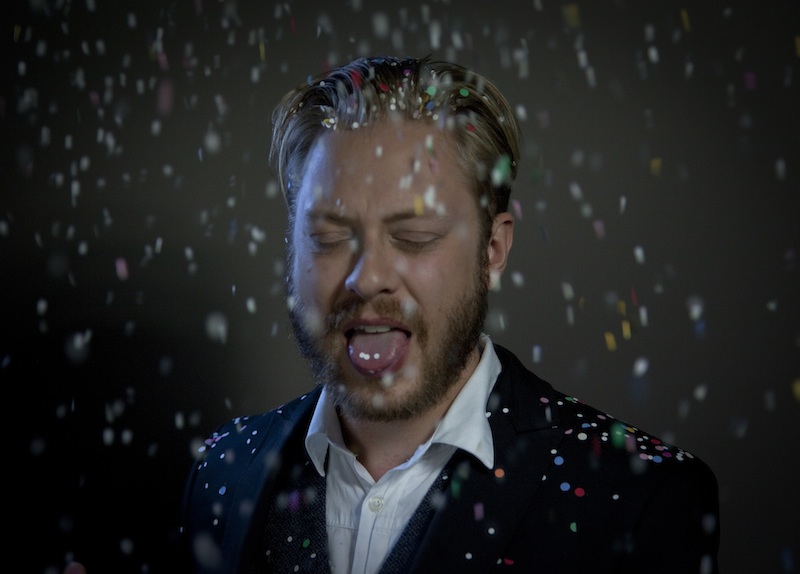 “To me, Le Guillaume Lambert Show puts the public figure to death. It is the obsession of being “googleable”. It is narcissism. It is when loneliness is a life instinct and when foolishness is an inner journey. It is the wish to express yourself and the regret of having done it. LOL.” – Guillaume Lambert 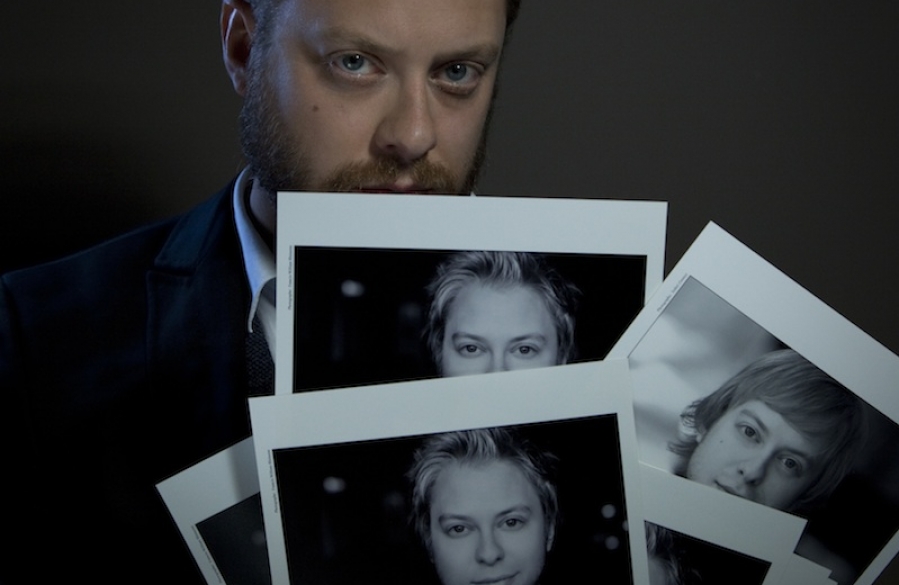 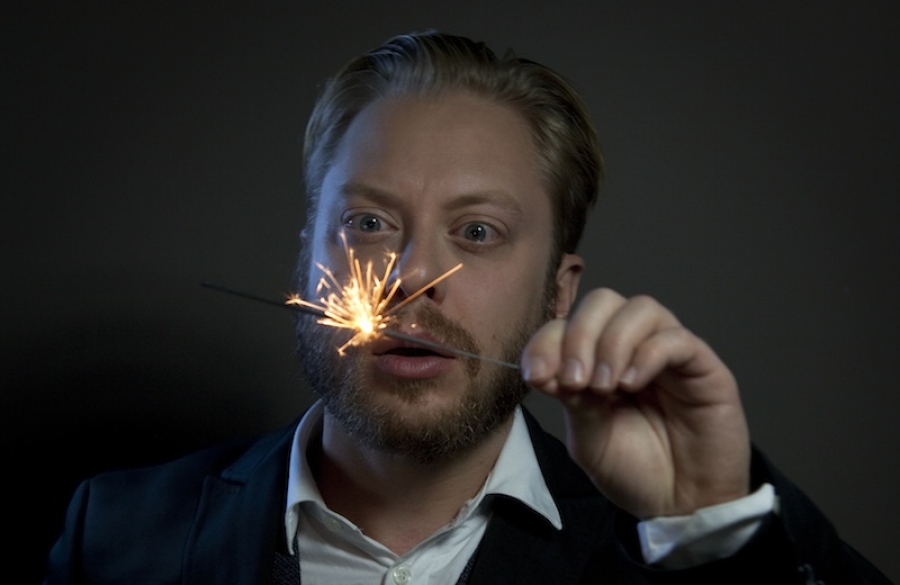 This piece was made possible thanks to the support of the Conseil des arts et des lettres du Québec.

Is it possible to create a portrait in a live show?

Série Portraits puts the individual – who becomes the inspiration and its incarnation at once – at the heart of the work just as painters or photographers do.

Based on the same structure as Note à Moi-Même and Jérémi Roy est un Homme Libre, Le Guillaume Lambert Show is fictional but inspired by real events from Guillaume Lambert’s life as a comedian and director. It is a solo in which he plays his own role. This method of working separates real life and fiction, actor and character, just as auto-biographies and self-portraits do, making the limits hard to define. To do so we must destroy theatrical conventions, use a “mise en abyme” and blur the limits between real life and show. It turns into an interesting combination where present time, individuality, humanism and freedom take an important place.

Sarah-Ève Grant
Sarah-Ève Grant obtained her contemporary dance diploma from UQAM in 2009 and is specialized in creation. She choreographed Mode d’emploi à l’appui (2007), Une poutre dans l’œil (2009), Un jour, mon père m’a dit (2010), which opened Dave St-Pierre’s performance, and One-True-Path (2010). She was invited to participate in Usine C’s The 3rd Floor Projects as an artist in residence in December 2011 with her creation Note à moi-même, which was presented by the end of March 2012. Her work Le roi de la Montagne (2012) was performed as part of the event Piss in the Pool and she was invited to Short and Sweet (2012, 2013) nights on several occasions. In fall 2012 she created and performed Dans le Cercle, a multidisciplinary project hosted by Tangente. In 2013 she worked as a choreographer on Guillaume Lambert’s feature-film Aurore 2 and performed in Emmanuel Jouthe’s Écoute pour Voir as well as in the in situ artist collective Bal[let] de Rue elles. She recently performed in Marten Spangberg’s (Sweden) The Nature Redux – The Great Outdoors, presented at Usine C in September 2013, and in Félix-Antoine Boutin’s Les Dévoilements Simples (December 2013). She is now working on Jérémi Roy est un Homme Libre and Le Guillaume Lambert Show, her two latest projects.

Guillaume Lambert
Guillaume Lambert is first and foremost an actor. He was part of the creation PUSH UP, directed by Cristian Popescu in Romania, worked with world renowned choreographer Dave St-Pierre for LE CYCLE DE LA BOUCHERIE, and with director Chloe Robichaud for the short film CHEF DE MEUTE, an Official selection at Cannes in 2012. As screenwriter, he worked on a few Canadian TV-series and documentaries, but is mostly active in short-film writing. His most recent works include SHOWER (dir.: Marie-Ève Beaumont), LIFE’S A BITCH (dir.: François Jaros) and SOUFFLER DE LA NEIGE (dir.: Ann Arson). Guillaume takes his passion of acting to the help of productions in the role of casting director. He casted numerous shorts and, most recently, GERONTOPHILIA (dir: Bruce LaBruce), which premiered at Venice Mostra, and was in official competition at TIFF. Lately, he’s been working on AURORE 2 (dir:Vincent Olivier), an experimental feature film he wrote, edited, and in which he acts as the lead performer.

The nature of Man. Heritage. DNA contamination. The body of one’s mother. Ma mère gathers in all of the bodies which have crossed its path. The logic is invincible! “If no one was watching I would move like crazy all of the time.” 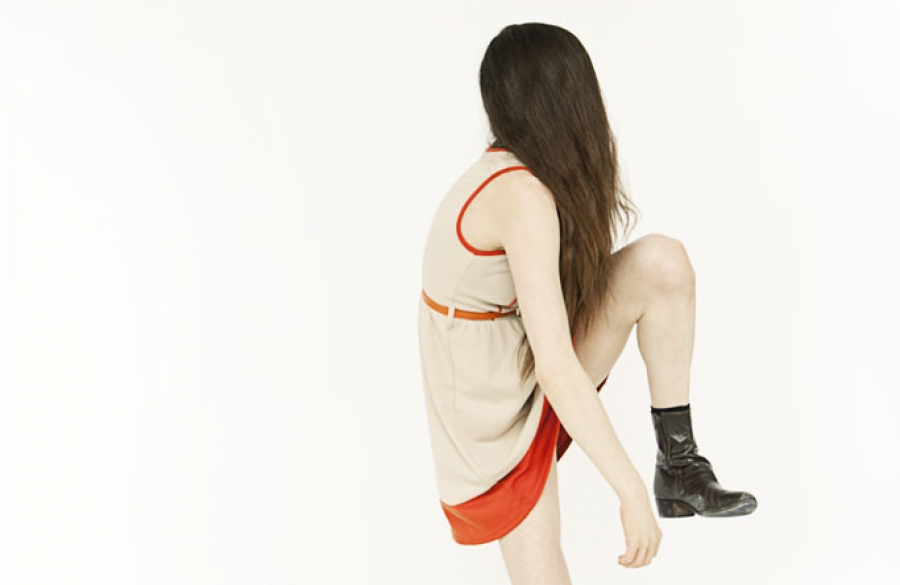 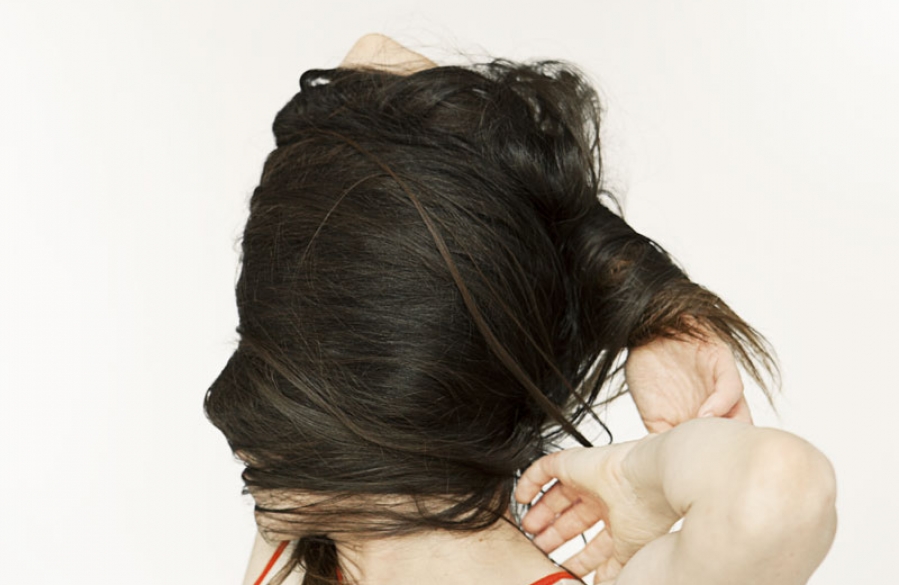 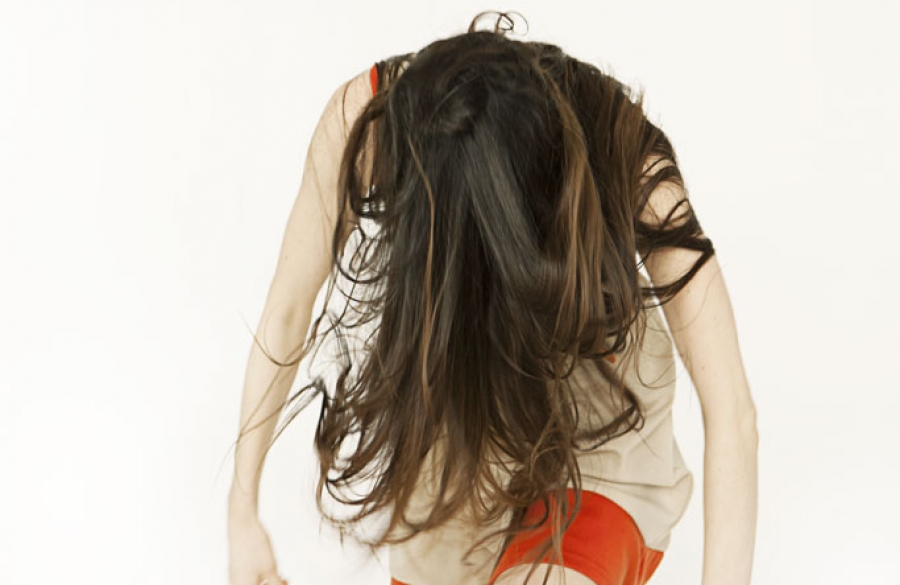 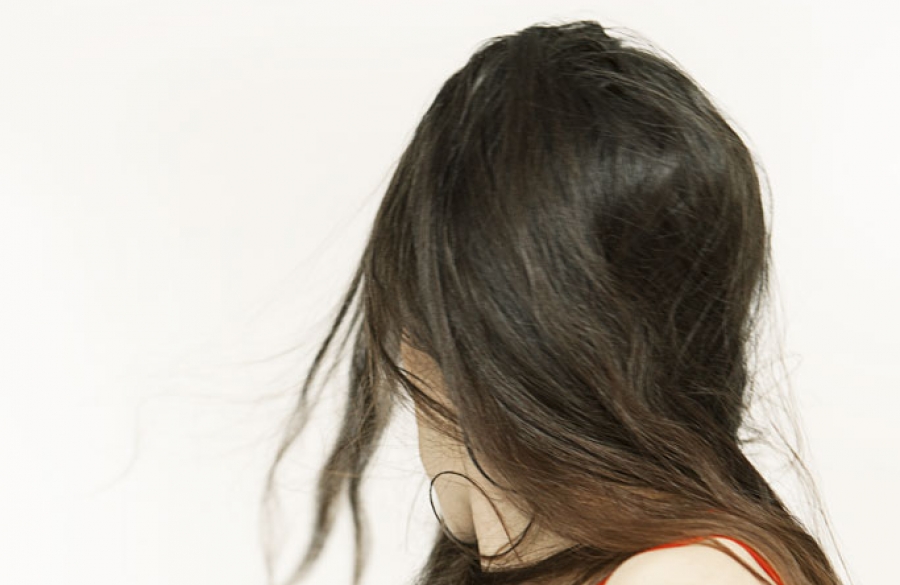 What I am approaching with Ma mère est un male alpha is an exploration of gestural heritage and incoherence. In our formative period, we learn movement through imitation. We mimic the ways in which our parents interact with the environment, we absorb the way they physically organize themselves in relation to this environment. By working with impulse as a point of departure, I distinguished what I recognized as the trace of a dynamic heritage, questioning the acquired, learnt, and created origins of movement.

Repetition as artistic conduit (Passeron, 1989) orients my dramaturgical choices where incoherence remains at the centre of the proposition. I use repetition of movement sections, among other methods, to forestall coherence, and yet coherence most often persists. It is here that intrigue emerges.

Caroline Gravel
Caroline Gravel is a Montreal-based artist and dancer, who has been interested in performance art since 1997. Her recent work explores the effect of the body’s plasticity on our perceptual and emotional senses. In the last ten years, she has toured and collaborated with Montreal choreographers such as Catherine Gaudet, Frédérick Gravel, Daniel Léveillé, and Jean-Sébastien Lourdais. Her own works have been presented in Russia, Canada, and the United States. Mentored by choreographer Meg Stuart/Damaged Goods and directed by Manon Levac, she submitted a master’s thesis at UQAM in 2012. This study examined body states and the discourse of authorship in contemporary dance.