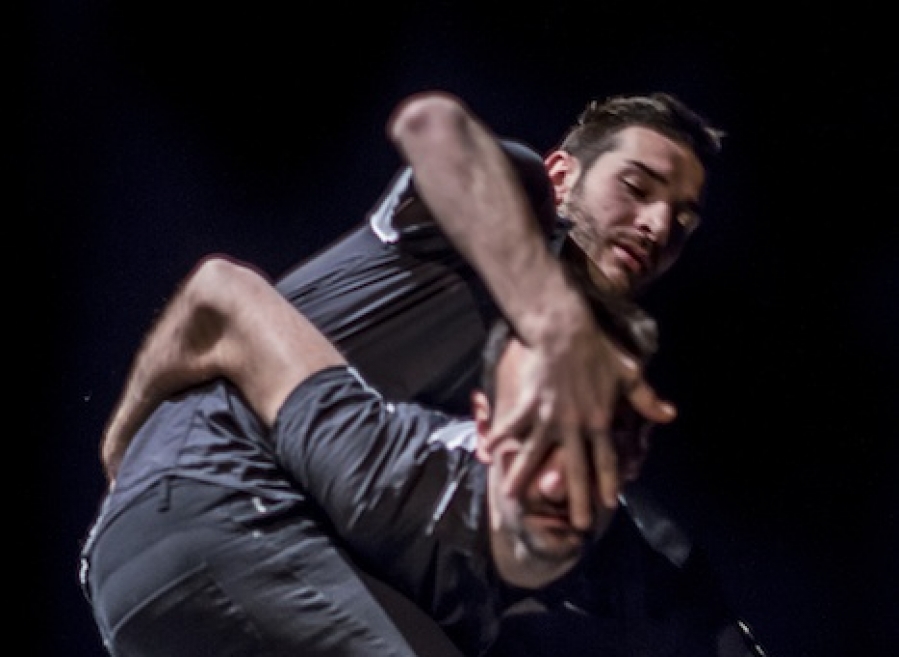 I meet you...if you want

I meet you…if you want questions the social conventions that affect our perception of the other and of ourselves. Do these rules give us the authority to be happy? Do they hinder us from simply living? 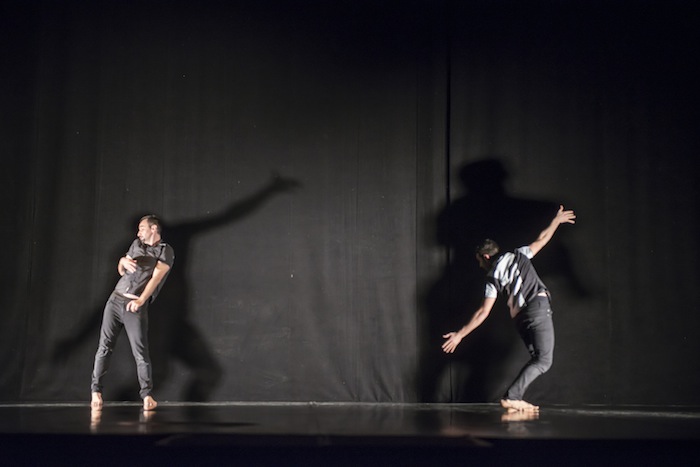 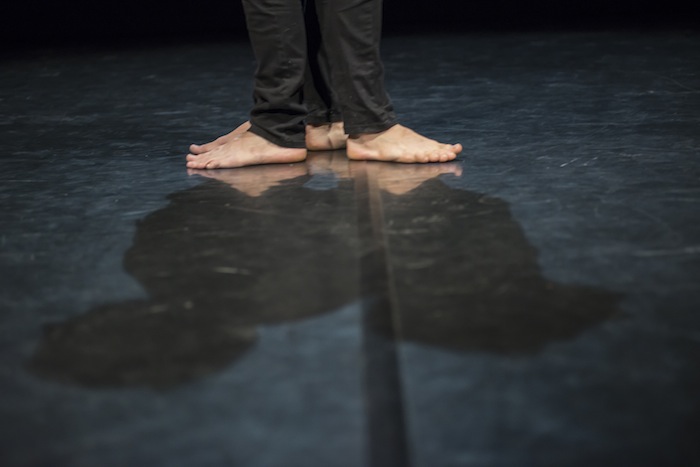 Jasper van Luijk: “Recently one of the things that have really inspired me is the concept of death. Not the idea of afterlife, but the (social/emotional) situation that is caused by death. I am intrigued by how we respond to death, how we perceive life and our relations after death and how we socially reorganise because of the (sudden) occurrence of death. And, do we ourselves live differently, just before we die? Death brings our emotions to another level. We may find ourselves in shock, surely in a state of mourning, be confronted with a feeling of loss and being left alone at the same time. These states are not only mental but have a very strong effect on our physicality as well. I want to explore the physical layers of these emotions and put those in relation to the characters I plan to put on stage. I would like to find a way to sketch a piece in which the reoccurrence of death also creates new relations within a diminishing group.” 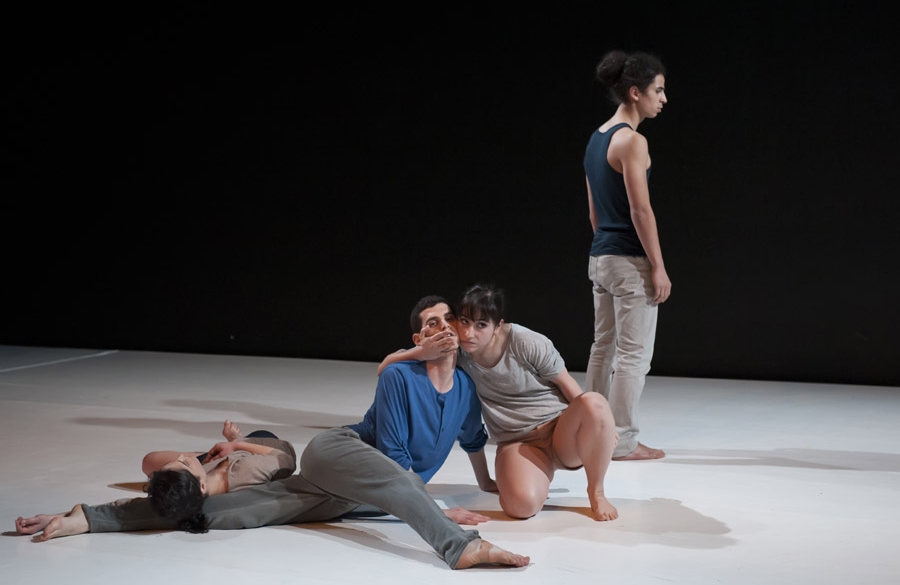 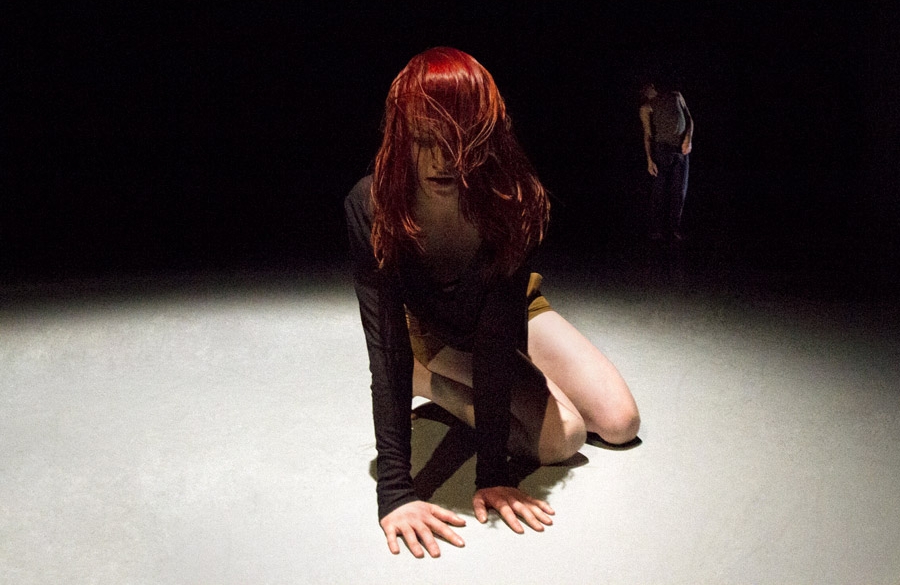 Jasper van Luijk
Jasper van Luijk (1987) is 24 years old when he is selected to participate in the event Voorjaarsontwaken 2011 at Korzo productions to create a choreography. This resulted in the piece Too many new beginnings, which was well received by the audience. Commissioned by Korzo productions, he created the duet About There and Here which premièred during the Holland Dance Festival 2012. In the same season he created pieces for, amongst others, Brand New #3 (a collaboration between Conny Janssen Danst and Dansateliers), Festival a/d Werf (co-produced by Generale Oost, ArtEZ and De Dansers) and for the school Seminar Hakibbutzim in Israel. In 2012 Jasper received the ITS Choreography Award, a national prize for graduating talent in choreography. This season he created the intensive duet Previously Cited for the Here we live and now festival (Korzo productions) and has shown a short location work in the CaDance festival with young students of the ArtEZ Dance Academy. The rest of the season he’ll be creating the theatre and location version of It becomes us (working title), a piece that touches the topic of death and the social aspects around it. Jasper is very much intrigued by the communicative and narrative aspect of dance. The pure physical control and aesthetics movement can bring in a narrative line are magical to him. He studied at the ArtEZ Dance Academy. The broad method that the school stands for has driven him to make wilful and outspoken pieces.

Dialogue is an ever-evolving work, where the drama is in what is happening right now. Inspired by Amanda Baggs’ moving film In my language, the work questions our modes of communication creating a live, ‘in the moment’, double act. For Dialogue, many performing artists and audiences have been invited to collaborate and contribute to the creation of the work. Their views and what has been lost or found in translation have directed the work, opening up the conversation: How do we communicate? What do we see? And what happens next? 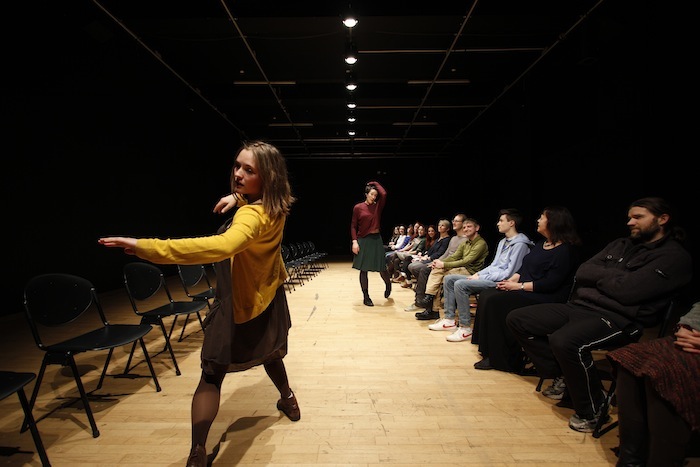 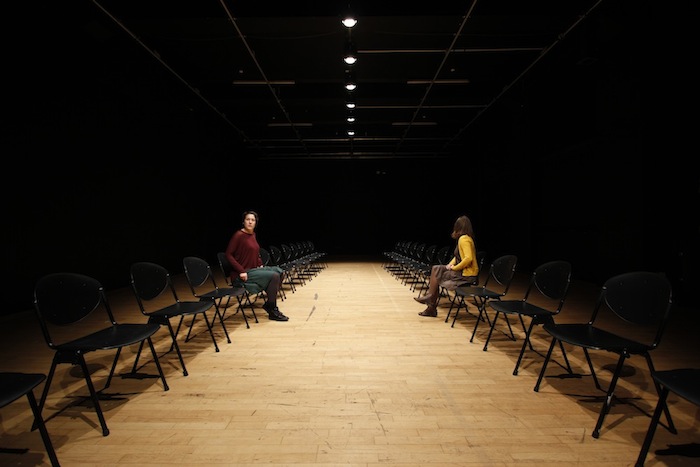 As an independent artist I present work that is thought-provoking and centred around people, dancers or players who translate, reveal or perform. The work is grounded in the idea of honesty in performance and looks under the skin: the psychological drives, motivations or inherent characteristics of an individual or group, creating a shared and considered relationship with an audience. The body is my first language, though text and voice work are regularly a part of the whole. I combine physical technical knowledge, agility and experience with a raw, rebellious and curious spirit. I endeavour to understand further and explore the scope for movement to communicate and to cultivate work that is generous, engaging and embodies an alternative beauty. Dialogue is supported by Arts Council Wales, Sherman Cymru, Chapter Arts Centre, In a Supporting Role and Coreo Cymru.

Jo Fong
I am a director, choreographer and performer working in dance, film, theatre and the visual arts. As a performer, I have worked for over 20 years, including performances with Rosas, DV8 Physical Theatre, Rambert Dance Company, Mark Bruce Company, Young Vic Theatre, Igloo and Quarantine Theatre. Whilst performing and touring extensively, I co-directed Snag Project, a collective of artists who choreographed, presented and curated work at The Queen Elizabeth Hall, The Clore Studio Theatre at the Royal Opera House and the Arnofini in Bristol. Having moved to Wales in 2006, I worked with National Dance Company of Wales as Rehearsal Director/Artist Development and created two new works for the company. I am Associate Artist with Sherman Cymru Theatre and Coreo Cymru, Creative Dance Producer Wales. Recent touring work includes ‘Witness – Portraits of Women Who Dance,’ supported by Arts Council Wales and premiered at Chapter Arts Centre, Cardiff. In addition, I have always enjoyed the detailed exploration of artist development and regularly share my work through classes, workshops, mentoring artists and as rehearsal director.

Four kilograms is the weight of skin cells a human sheds every year. Created in 2012, the piece 4kg concerned the inevitable time a maturation process takes. Now a human being is born; an anchor point opens the horizon and a new presence in the world settles. Desires of wider spaces, of fluidity, of clarity. Ce qui émerge après (4kg) is a being, a dialogue, a landscape, an ecosystem — and we are to observe it, taking shape. Created in 2012, 4kg begins in collaborative work with choreographer and butoh dancer Béryl Breuil, followed by cicada sound recordings in southern France, a residency in Mains d’Oeuvres (St-Ouen, France) and at Studio 303 (Montreal, Canada), to find its ultimate form in Montreal, presented in june 2012 at Studio 303 and MAI during the FRINGE festival. The piece recieved the price «Cirque du Soleil – Best original creation» and a nomination for the price «Bouge d’Ici – Most promising Choreography, Choreographer».

SARAH BRONSARD
Sarah Bronsard found her prolific ground in dance, after a career as a painter in search of wider horizons in visual, numeric and electronic arts. Through various musical and choreographic collaborations she develops new dialogues taking roots in flamenco dance, playing with rhythm, intensity, contrast and codifications. In her work, she seeks for the invisible to reveal and for what passes through the living in ephemeral shapes. Dance is the medium she prefers to call what is seen in spite of ourselves, both for the audience and for the performer.

Sarah’s passion for flamenco started in 2003 and after graduating in new media in 2009 (Concordia University and Université Paris 8), she trained in contemporary dance both in Montreal and Paris. In 2010-2011 she took part in Transforme-Se Prolonger at the Royaumont Abbaye (France), with a grant form the Conseil des Arts et Lettres du Québec and la Fondation des Amis de Royaumont, to collaborate with choreographers and electroacoustic composers, spanning multiple creations. She also participates in different activities of Montreal’s flamenco company La Otra Orilla. Her work was welcomed at Montreal’s Studio 303, MAI, Studio FLAK, Studio Pleamar, as well as in France at the Royaumont Abbaye (Val d’Oise), Mains d’Oeuvres (Saint-Ouen) and in Wales at Chapter (Cardiff). In 2012, 4kg was presented and the Studio 303 and at the MAI during the FRINGE Saint-Ambroise festival and received the price « Best Original Creation » by Cirque du Soleil. She’s currently working on Le frottement du monde (to be presented in spring 2016) and Ce qui émerge après (4kg) which takes part of the Dance Roads tour in may 2014.

Jonathan Parent
At first glance, Jonathan Parent looks like a vehement being. He is a composer, a guitarist and a performing artist. Although he survived four cerebral concussions, he likes to translate his life through an unfinished promenade. Often, as he walks, he thinks of the outside, the inside, the others and of a cybernetic future. Since he began breathing, he is in love. He only sees truth in the surpassing of truth. When he closes is eyes, the azure wandering and the songs of celestial birds validate his animism and his philanthropy. He dreams of worlds still unborn, of baroque gardens and of situations that are at the same time dark and sentimental. He composes mainly alone (Clown Tragique) and in collectives (K.a.n.t.n.a.g.a.n.o.) a multimedia project with Alexandre St-Onge and Alexander Wilson. With whom he composed and performed for the piece Pleasure Dome for the choreographer Karine Denault (L’Aune) Recently, he composed the musical sequences for Me Talking to Myself in the Future and Trieste the last shows of the actress and performance artist Marie Brassard. Of course, there were other times before… Jonathan Parant is a founding member of Fly Pan Am, Feu Therese, and has released music on labels such as Constellation Records and Squint Fucker Press. Sound samples can be found at: squintfuckerpressdotcom.com & www.cstrecords.com

. Je ne suis pas permanent . is the voyage of a body finding its body, of a spirit rediscovering itself, and of a spirit playing its body. This ritual explores the inner world of the imagination and the senses, and their manifestations to the other. How do we find a profound connection to ourselves while remaining in the world? How do we celebrate every moment of life, all while facing its ephemerality. This piece enacts such attempts. Teilo Troncy
Teilo Troncy (1985) borrows and integrates various aesthetics and disciplines into his movement-based practice, resulting in a hybrid form existing at the margins of dance, performance and theater. His work examines the space between the formal and the sensual, the conceptual and the emotional, while employing both improvised and predetermined actions. He studied acting in the professional program at the Conservatory of Bordeaux (directed by Gérard Laurent and Dominique Pitoiset). His interest for movement and performance art lead him to the contemporary dance department of the Conservatory and then to the SNDO (School For New Dance Development, BA Choreography – Amsterdam School of Art ), from where he graduated in 2010. Troncy has performed and collaborated with various artists and collectives (Martin Nachbar, Liat Waysbort, Boris Charmatz, Steve Paxton, Hana van der Kolk, Toneelofoonmachinemagicalis) and continues to create his own work (Tuerie, CONSTRUCTIONS etc.). He teaches regularly in various contemporary dance training centers such as Lullaby (Bordeaux), Moving Target (Boston, USA), and Dansateliers (Rotterdam, Netherlands). He is also a certified Kripalu Yoga Teacher since 2011.

This project received financial support from the European Commission.