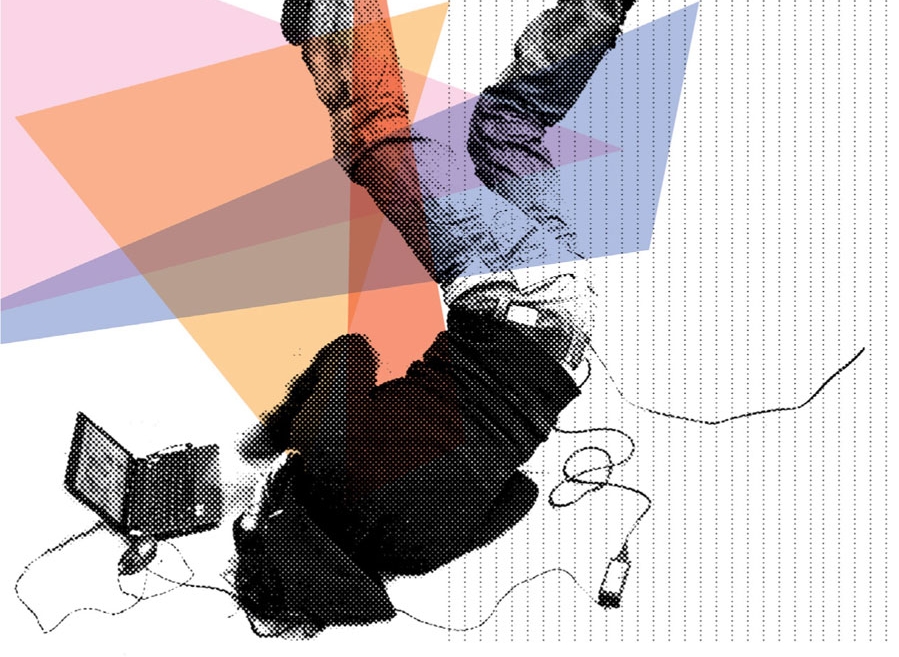 The basic idea of my new creation will be driven by the relationship between today’s young adolescents and the over-use of technology. It is a choreographic trio whose primary theme is interaction and the technological tools used by the young to communicate, such as cell phones, social networks, blogs, etc. The target audience of a “lazy efficient person” will have the same agents as the ones who inspired him: high school teenagers. A show where the audience members will be highly encouraged to turn on their cell phones and share via social networks what they see, hear and feel during the performance. 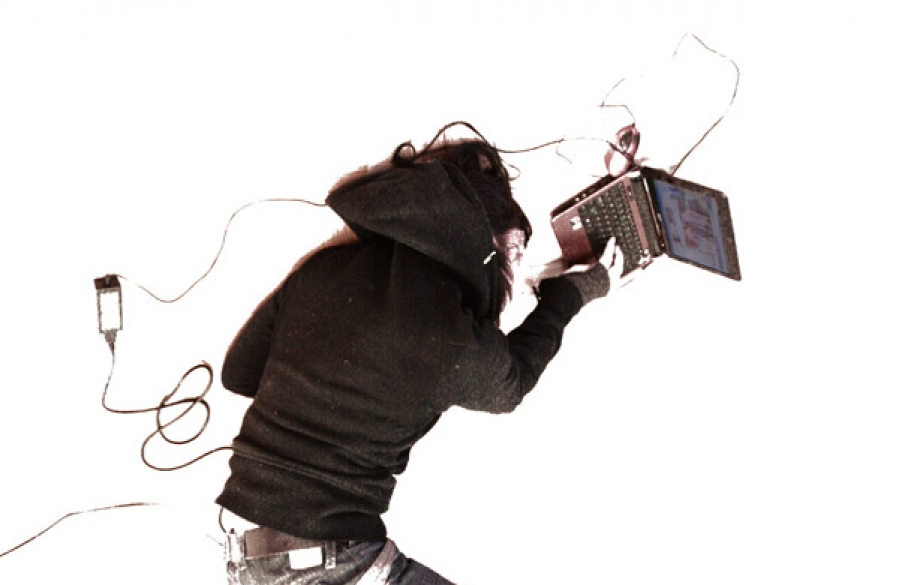 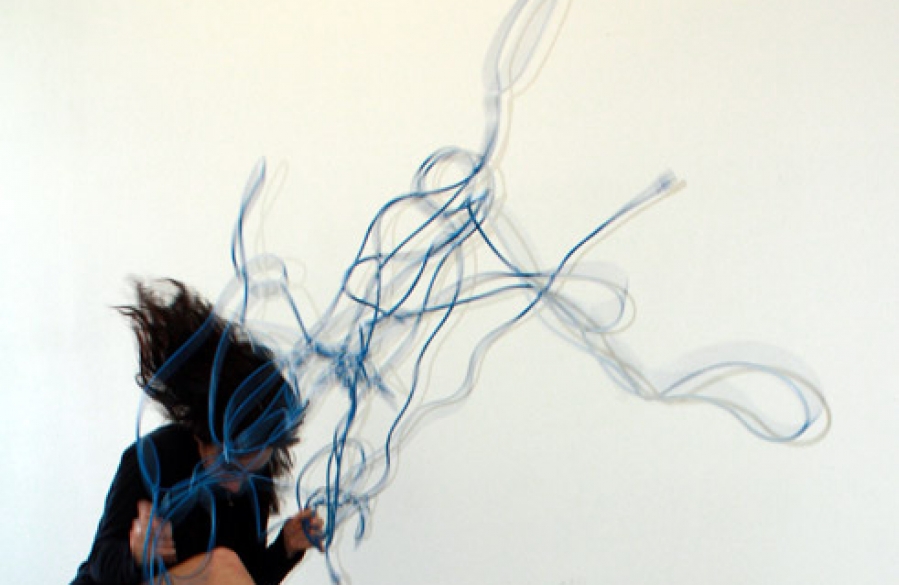 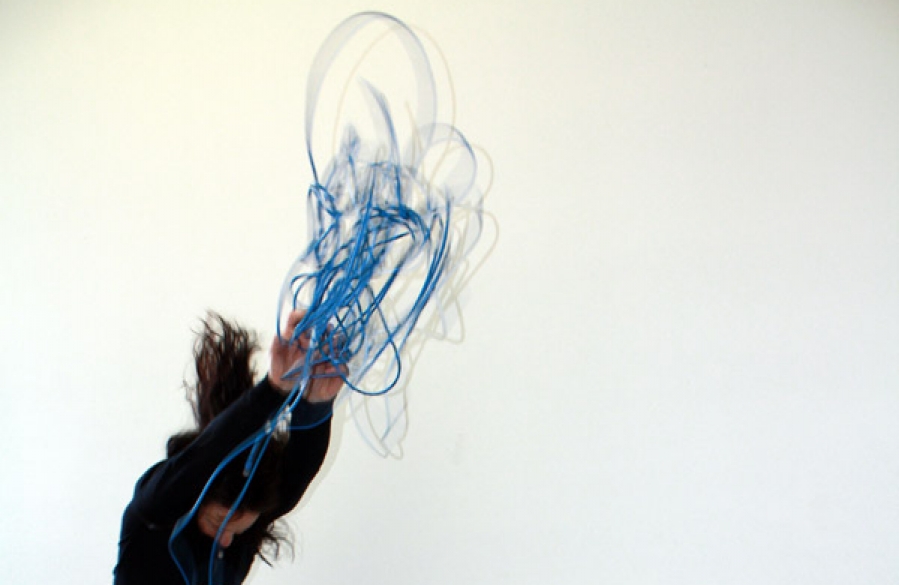 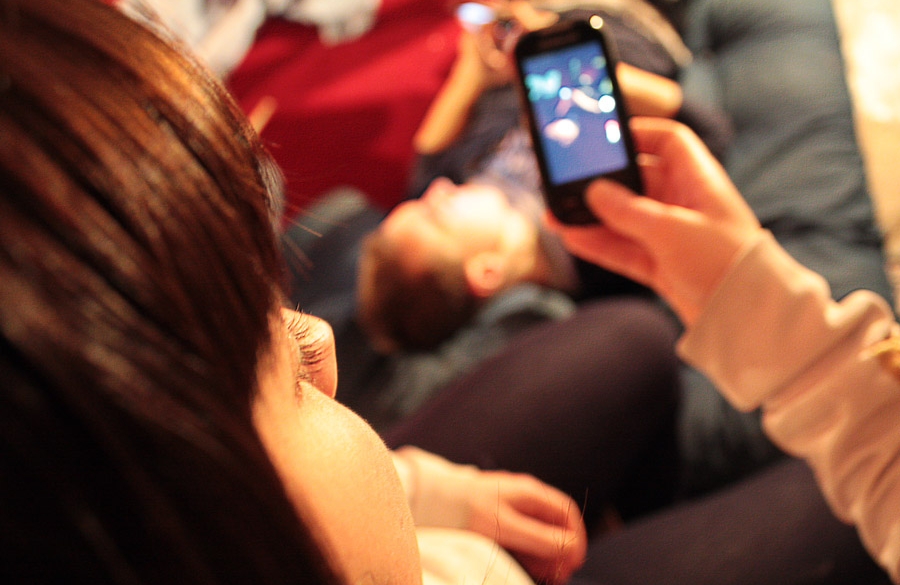 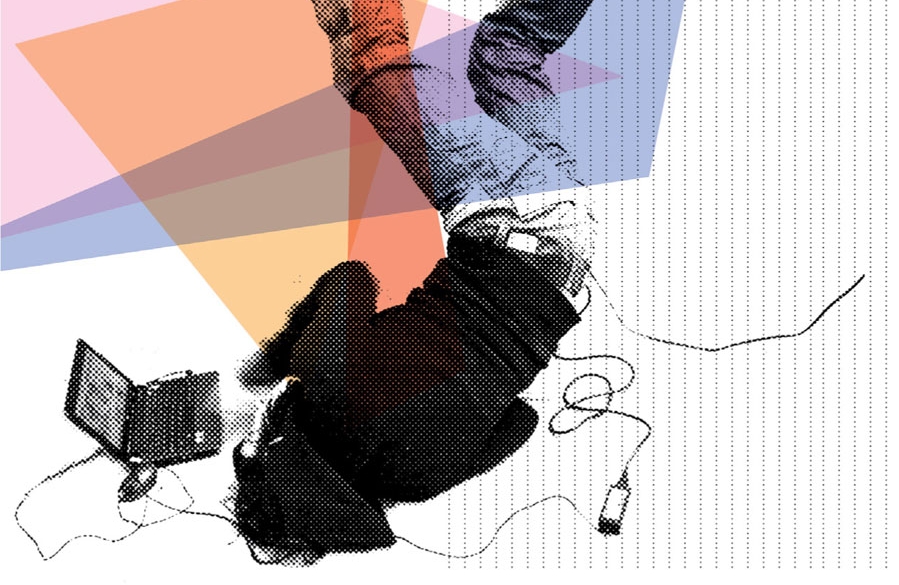 As a young choreographer, I am very much inspired by my own experiences and the collaboration of my performers. My choreographic propositions are in the image of what I enjoy in life – rock music, sarcasm, intelligent as well as idiotic humour, sports, history and teenage life.

I have a narrative approach to my creations, but these are without words and without too much theatricality. The narrative comes through the performer’s appropriation of the movements, and the relationship they may have with one another. My work is inspired by the relationship between individuals and the wanting to belong versus the search for personal identity. These themes are directly linked to adolescence (mine included), and linked also to the exacerbated characters amplified by teenagers.

My movements are inspired by sports, like soccer, hockey, tennis, etc. These are movements that involve the whole body in doing one task, as in swinging (tennis) or heading a ball (soccer). The body is engaged in a precise action devoid of flourishes or useless movement. This creates dynamic, energetic and efficient movements of a type that engages the body in a global manner and is directed toward a precise point.

Whether on the thematic level or that of movement, my choreographic work is preoccupied with contrasts. The contrast between the search for identity and wanting to belong to a group, between laziness and effort, between the leader and the follower, between the dropping and recapturing of a movement.

Andrée-Anne Ratthé
After receiving a CEGEP degree in dance at the Collège Montmorency, Andrée-Anne entered UQAM’s dance department, receiving in December 2008 a Degree in performance. In September 2007 and May 2008, she participated as a performer in the Clash residencies at Tangente, under the guidance of Lynda Gaudreau. She has also worked as a performer for Caroline Dusseault and Marie-Joëlle Hadd, as well as for Emmanuel Jouthe for the project Écoute pour voir. Her first pieces (Un colon Irritable 2009, Le Déterminant Un 2010) were presented during the New Waves-First Surging project at Tangente. Following an 8-month creation residency in a space at de Brume company (De Studio), in which she had the opportunity to deepen her approach to movement, she began the creation of a new piece entitled Un efficace paresseux. It will be presented at Tangente before a teenage audience in November 2012.

Corinne Crane-Desmarais
Corinne gratuated from L’École de danse contemporaine de Montréal in 2009. Since, she has been working in many projects with the new generation of choreographers such as Sarah-Ève Grant, Raphaëlle Perreault and Andrée-Anne Ratthé. She also took part of projects with more established choreographers in 2010 with Lynda Gaudreau and in 2011 with Mélanie Demers. Corinne teaches and coordinates the activities of the night school of l’École de danse contemporaine de Montréal since 2011. She was recently on tour for the piece Rayon X-a true decoy story, from the company Maribé sors de ce corps and will soon present Branché?(Andrée-Anne Ratthé) at Tangente.

Marie-Joëlle Hadd
Since the age of tree Marie-Joëlle Hadd, who passed most of her times head upside down, starts a carrier of a gymnast. After several years she finishes a bachelor in dance in 2009 at UQAM in interpretation and creation. While her serious student life she participates at the residence Clash 2007\2008 a project initiated by the Compagnie De Brume of Lynda Gaudreau, where she meets four charming choreographers: Anne Thériault, Normand Marcy, Nicolas Cantin and Frédérik Gravel. After that she works for Emilie Poirier in Les restants and Andrée-Anne Ratthé in Un colon irritablepresented at Danses Buissonnières: les graduées 2008, les classes 2009. She transforms herself at an athletic cheetah to serve the piece Fluidengin of Normand Marcy and the Collectif Bang de BrutŠand during this time her cerebral cavity produces several pieces such as C12H22O11, Untitled en ré mineur ( la maudite grippe) and the Hank, rebaptiser Buntline et Bille le Boeuf. She joined the Compagnie de la Tourmente in the young public project of Marie-Julie Asselin; Victor Rémi and presently, she performs in Ecoute pour voir of Emmanuel Jouthe. And now, do you accept my friend request?

Sébastien Provencher
At 21 years old, while doing a degree in occupation therapy at the Université de Montréal, Sebastien discovers contemporary dance in classes thought by the choreographer Erin Flynn. After a year of full time job in occupation therapy, Sebastien decides to go back to school to complete a degree in contemporary dance at the Université du Québec à Montréal (UQÀM) in 2013. After his graduation, Sebastien works for a lot of choreographers like Emmanuel Jouthe, Manon Oligny and Andrée-Anne Ratthé. While doing his formation at l’UQÀM, Sébastien discovers an interest for the creation. His first piece called Enactive Mind (2012) was selected to be presented in Lyon at the Festival universitaire international de danse et des arts du movement.

Emmanuel Alberola
Emmanuel’s interest in music develops during his studies in communication (UdeM, 1999-2003). He first leans towards the Montreal indie rave scene with the collective Barbatruc. At his peak, Barbatruc opens for french act St-Germain at Le Capitole de Québec (2001). After this self-taught period, Emmanuel decides to go back to school to study the art of recording (RAC, 2004-2005). With a fresh new degree in his hands, he starts to work at DNA Productions Studio (2005-2011). At DNA, he is involved in the recording of Jean Leloup’s Mexico (2008) and Papagroove’s We’re Not Blind (2008) amongst many. Over the past two years, he decides to go back to his original passion: writing and composing music. He starts the band Onomatops and crafts the album La mason qui pleure (2010). He has since written music for five short films, 5 contemporary dance shows, two of which were presented in 2012 at Tangente: Branché? by Andrée-Anne Rathée and Tout est dit il ne reste rien by Geneviève C. Ferron.